Structure of GovernmentRegulation and Accountability Ukraine 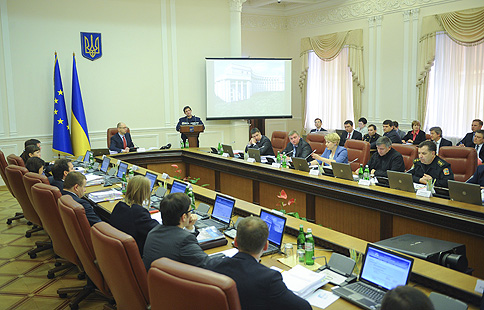 Ukraine Cabinet of Ministers (photo credit: Government of Ukraine)
<p>The Cabinet of Ministers by its decision of 21 October has approved the key directions of amendments to the Constitution of Ukraine on judicial reform.&nbsp;<span style="line-height: 20.4px;">In particular, it has been envisaged the transition to the three-level system of courts and determining the network of courts exclusively by law.&nbsp;</span><span style="line-height: 20.4px;">To eliminate political influence on the judiciary, the Government proposes to create a single collegial body responsible for the selection, career and responsibilities of judges.</span></p>
Read the full article here: Government of Ukraine