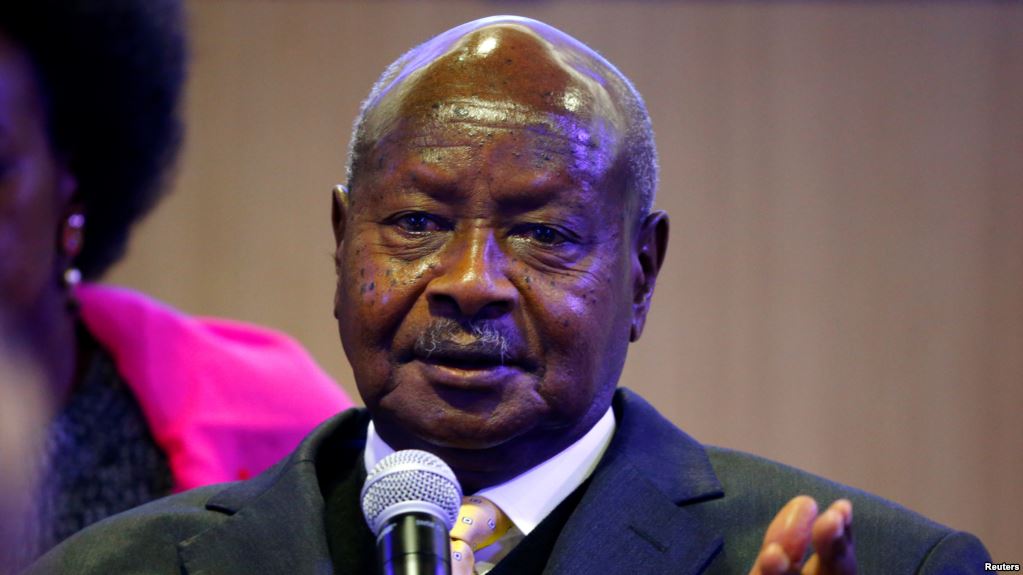 Ugandan President Yoweri Museveni (photo credit: VOA News)
KAMPALA, UGANDA — President Yoweri Museveni has been given a green light to contest Uganda's presidency in 2021, even after the age of 75. Uganda's Supreme Court Thursday upheld a constitutional court ruling in 2018 that stated Museveni — elected for the fourth time in 2016 — could run. The Supreme Court sat to consider eight key issues. Pertinent among others is whether the majority of constitutional court justices erred in holding that the process of conceptualizing, debating, and enacting the Constitution Amendment Act that removed the age limit did not violate the constitution and parliamentary procedures.
Read the full article here: VOA News