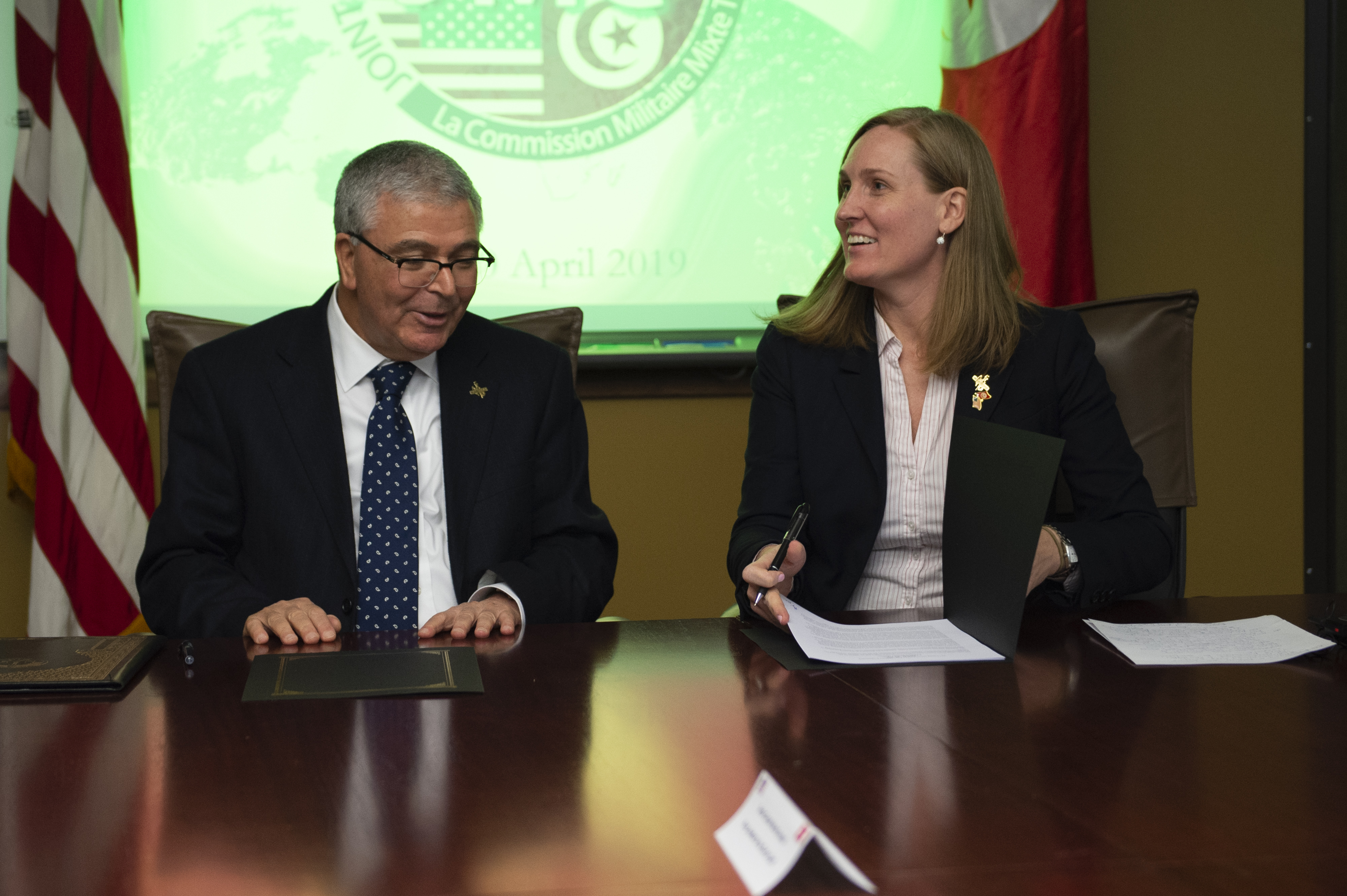 Tunisian Minister of Defense, Abdelkarim Zbidi (photo credit: Wyoming National Guard/flickr)
Tunisia’s Defence Minister Abdelkarim Zbidi will amend the constitution if he wins September’s presidential election to end an “unreasonable” division of power between the prime minister and the head of state, he told Reuters, a move rivals oppose. Zbidi, among a few prominent candidates in a field of 26, is supported by some secular parties, but he said in a Reuters interview on Tuesday that he is ready to work with the moderate Islamist Ennahda.
Read the full article here: Euronews