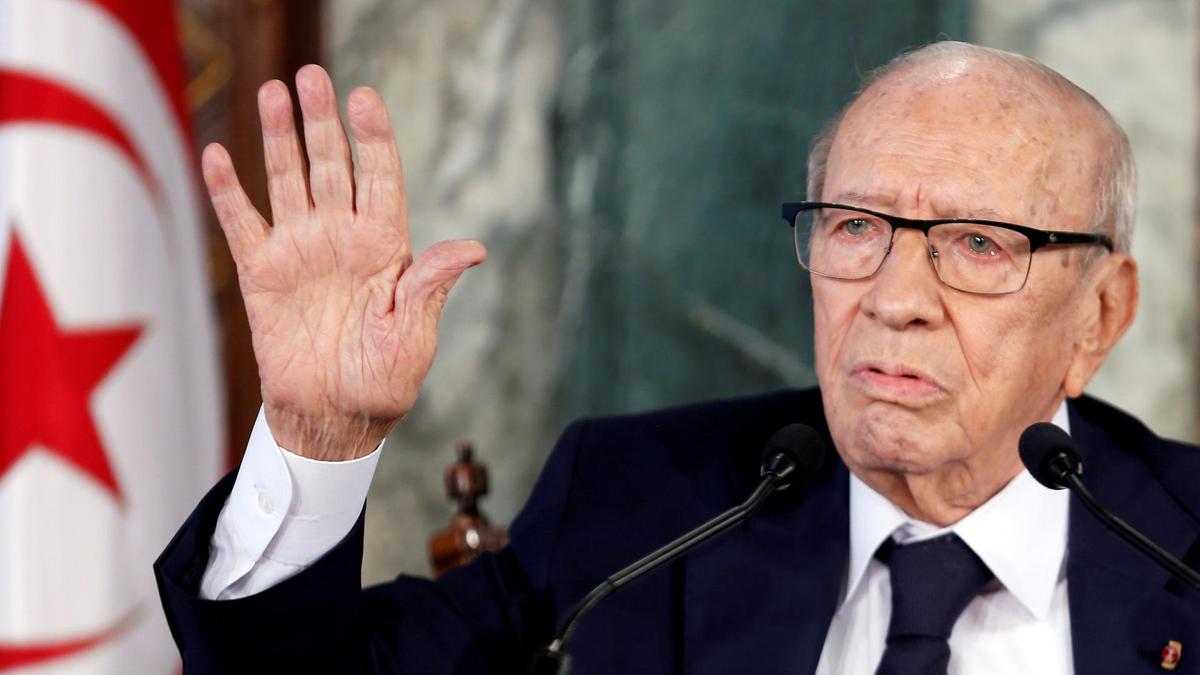 Tunisian President Beji Caid Essebsi (photo credit: Reuters)
Tunisia's president has escalated a dispute with the prime minister by calling for changes to the constitution to give the presidency more power. Tunisia adopted a new constitution in 2014, three years after the uprising that removed the long-serving autocratic president Zine El Abidine Ben Ali, that significantly reduced the previously extensive power of the presidency and gave the prime minister and parliament a much bigger role.
Read the full article here: The National