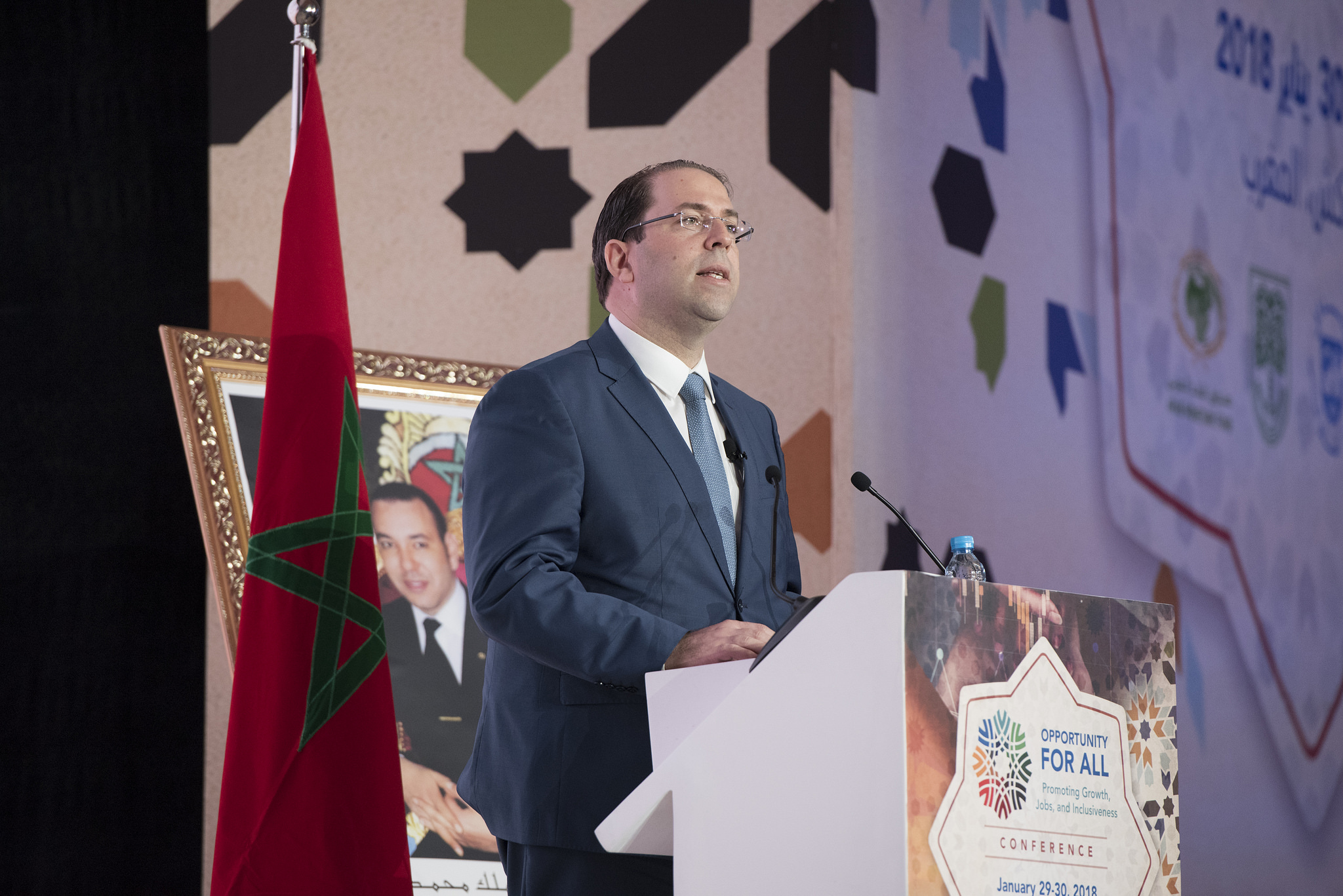 photo credit: International Monetary Fund/flickr
In reshuffling his cabinet this week, Tunisian Prime Minister Youssef Chahed has sparked new tensions with the man who appointed him and fed speculation that he intends to run in next year's presidential poll. Just over two years ago, the 43-year-old Chahed became Tunisia's seventh prime minister since the country's 2011 revolution when he was appointed by President Beji Caid Essebsi. He has since become the longest serving of the country's post Arab Spring premiers -- a testament to the fragility of Tunisian politics as it adapts to democracy after the one-man rule of former president Zine El Abidine Ben Ali. But Chahed's ability to govern was damaged in September when he fell out with Essebsi's son Hafedh, the leader of the Nidaa Tounes party, who has been battling to oust the premier for months. The reshuffle is designed to bring the country "out of political crisis", Chahed said on Monday, after appointing 13 new ministers.
Read the full article here: France 24