Thailand Senate will not nominate prime ministerial candidates, but to vote in appointment 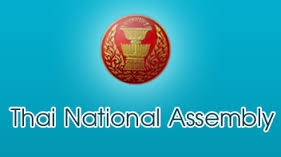 Photo credit: Thai Parliament
<p><span>Thai government on Wednesday rejected the idea of allowing the appointed Senate to join MPs in nominating candidates for prime minister after discussions.&nbsp;</span></p><p><br><span>This decision came after a joint meeting expected to end the uncertainty surrounding the issue of the Senate's power to help MPs select a prime minister among Thai Constitution Drafting Committee (CDC) and National Legislative Assembly (NLA).&nbsp;</span></p><p><br><span>CDC spokesman Udom Rathamarit said only the Lower House is empowered to nominate PM candidates, while the Upper house will be eligible to vote with MPs to select the premier. Candidates would be picked from the lists proposed by political parties.&nbsp;</span></p>
Read the full article here: Global Times/Xinua