Thailand: The making of pseudo-democracy 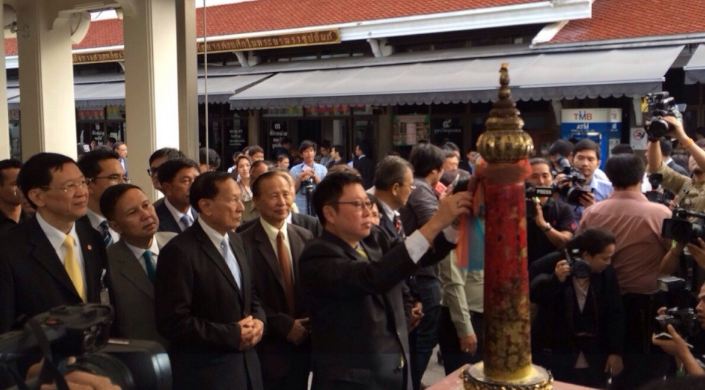 Thailand: The making of pseudo-democracy
<p>The further the constitution drafting goes, the uglier the expected outcome becomes. Under the guidance of the military government, the drafting is far from being democratic or fair. The Interim Charter allows General Prayuth Chan-Ocha, the Chief of the National Council of Peace and Order (NCPO), something like total control over the appointment of the Constitution Drafting Committee (CDC). The pro-military CDC then designs the constitution that does not respect the majority’s will and discourages the public from participating in the drafting process. This only confirms the public’s fear that the NCPO, who seized power in May, lacks either understanding or sincerity in restoring peace and democracy to the country as claimed.</p>
Read the full article here: New Mandala