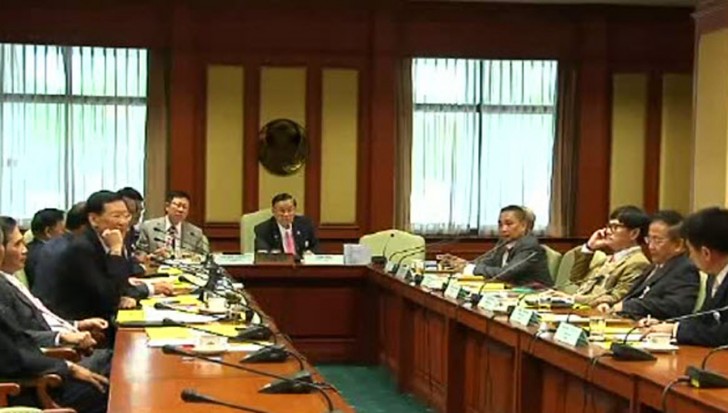 Thailand Constitutional Drafting Committee [photo credit: Thai PBS]
<p>The recently proposed voting system will not undermine political parties, but instead bolster them, the Constitution Drafting Commission (CDC) said yesterday.</p><p>Under the new electoral method, constituency candidates and their parties will become more united, CDC chairman Meechai Ruchupan explained. Parties will also become more cautious when selecting candidates, because in the new system every vote will count, even if they don’t win.</p><p>CDC’s proposal for the new electoral system, put forward on Monday, has been met with extensive criticism. Under the new system, votes won by losing candidates would be used to calculate party-list seats in a move to use every vote count. Some critics say such a system could undermine parties.</p>
Read the full article here: The Nation