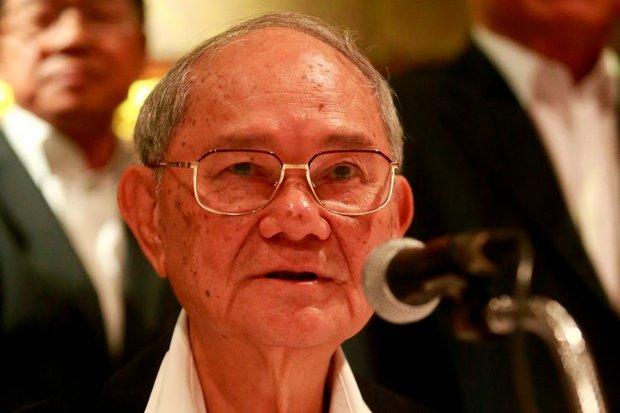 Meechai Ruchupan (photo credit: Bangkok Post)
<p>The Constitution Drafting Commission is looking to write a fresh charter rather than adapt elements from previous ones, its spokesman Amorn Winichwiwatana revealed yesterday.&nbsp;Meanwhile, CDC chair Meechai Ruchupan said he wanted a brief draft.&nbsp;While it was not officially resolved at the CDC meeting yesterday to write a fresh charter, most members found the idea agreeable, Amorn said during a daily press briefing.&nbsp;The spokesman also revealed that CDC vice chair Prapan Naikovit, an expert in the drawing up of laws, had told the meeting that borrowing parts of old charters would not be as easy as it seemed as they would need to be brushed up. Writing a completely new draft could be an easier job, Amorn quoted him as saying.&nbsp;</p>
Read the full article here: The Nation