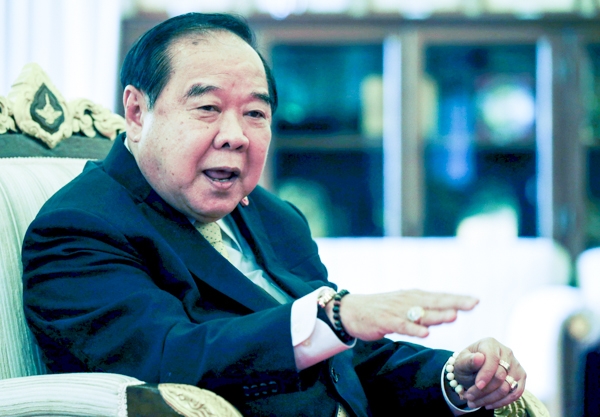 Thai Deputy PM and Defense Minister Prawit Wongsuwan (photo credit: Reuters)
<p><span><span>Campaigns will not be allowed in Thailand in the run-up to an August referendum on a new constitution that the military hopes will usher in stable politics but which critics say will stifle democracy.</span></span></p><p><span><span>“Don’t campaign and don’t influence the referendum. Let people be free to think,” Deputy Prime Minister and Defense Minister Prawit Wongsuwan told reporters yesterday. “If you disagree then just tick that box.”</span></span></p><p><span><span>The military, which seized power in a 2014 coup saying it had to end violent anti-government protests, has overseen the drafting of the constitution and promised to hold an election by the middle of next year.</span></span></p>
Read the full article here: Khmer Times/Reuters