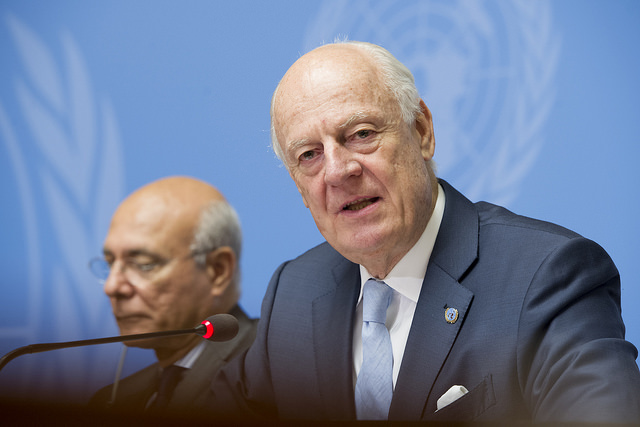 Photo credit: Flickr
Talks in Geneva to a find a political solution to end the Syrian war have been extended until December 15, the United Nations said. The UN's Syria envoy Staffan de Mistura said that the talks would focus in particular on a new constitution and UN-supervised parliamentary and presidential elections, as well as on 12 core principles that he declined to enumerate.
Read the full article here: The National