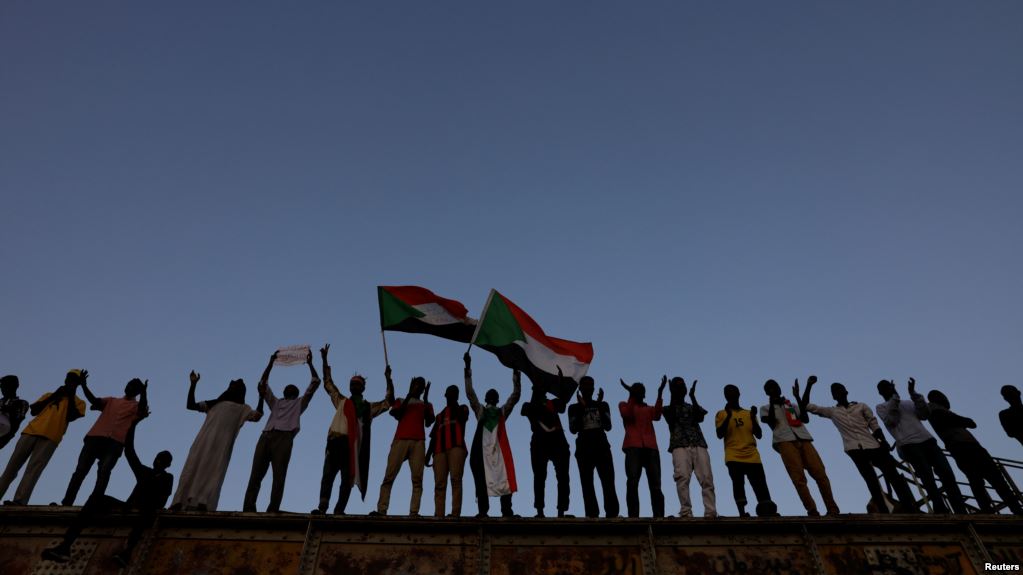 Sudanese protesters (photo credit: VOA News/Reuters)
Sudan’s ruling Transitional Military Council has said it will publish its own suggested constitutional draft after disagreeing with some points in the opposition's draft. A revised constitution is part of negotiated efforts between the military and protest groups to form a joint military-civilian council before elections. But protesters remain skeptical. Sudan’s Transitional Military Council is to publish its own draft constitution on Monday, after disagreeing with parts of one proposed by an alliance of activists and opposition groups.
Read the full article here: All Africa