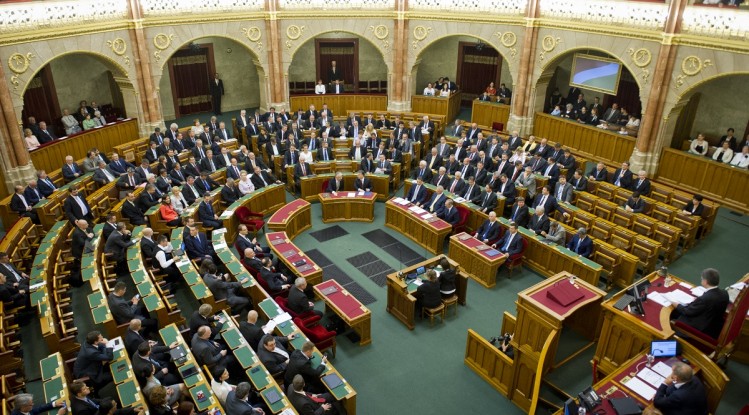 The Hungarian Parliament (photo credit: Hungary Today)
<p>The Hungarian government has proposed amending the fundamental law to include a so-called “state of terrorist threat” among instances that mandate the mobilisation and, if need be, the domestic deployment of the armed forces.&nbsp;Fidesz deputy group leader Gergely Gulyás said after Defence Minister István Simicskó’s talks with four of the five parliamentary parties that the worsening security situation in Europe calls for instances of terrorist threats to be regulated by the basic law.</p>
Read the full article here: Hungary Today