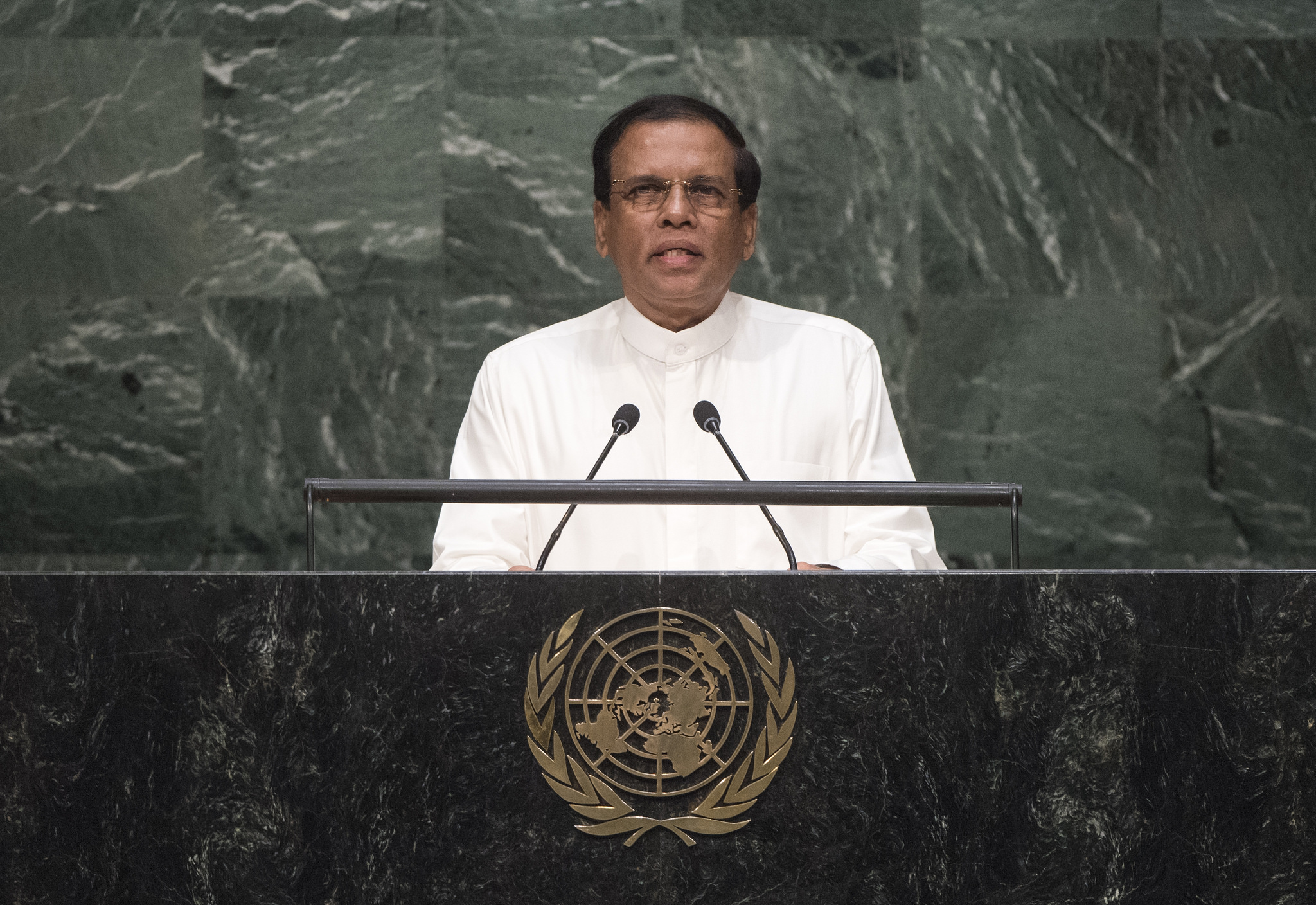 photo credit: United Nations Photo/flickr
Sri Lanka plunged into a constitutional crisis Friday after the president ousted the prime minister, a move that took the nation by surprise and was denounced as illegal by some government ministers. [ . . . ] Cabinet ministers and parliamentarians began defecting to the new government, but it remained unclear how many would ultimately cross over. The country’s courts, seen as weak and politically influenced, were unlikely to rule against Mr. Sirisena. “I am addressing you as the prime minister of Sri Lanka. I still hold the majority of the house,” Mr. Wickremesinghe said in an address to the nation. “Convene parliament and I will prove it.” Chaos gripped parts of the capital as supporters of Mr. Rajapaksa stormed the state-owned national television broadcaster and took it off the air. A clip later circulated showing a mob shouting at journalists inside the station. Troops were called in to protect the channel’s staff. Finance Minister Mangala Samaraweera tweeted that Mr. Rajapaksa’s appointment was “unconstitutional and illegal. This is an anti-democratic coup.”
Read the full article here: New York Times