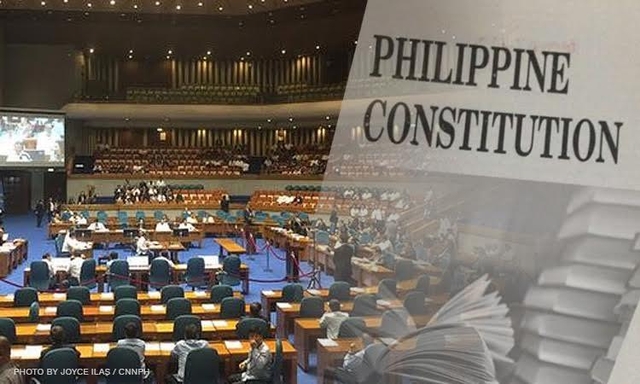 Photo credit: CNN Philippines
<p>House Speaker Pantaleon Alvarez has submitted to Malacañang the draft executive order creating the constitutional commission (con-com) which will draft the new Constitution.</p><p>The draft EO, which Alvarez expects President Rodrigo Duterte to sign by September, was forwarded to the Palace Tuesday.&nbsp;<span style="line-height: 20.4px;">“This afternoon I forwarded the draft of the Executive Order to the Office of the President creating the Constitutional Commission. Hopefully the Executive Order will be signed this September,” he told members of the Philippine Constitution Association (PHILCONSA) during its annual membership meeting in Makati City.</span></p>
Read the full article here: GMA News Online