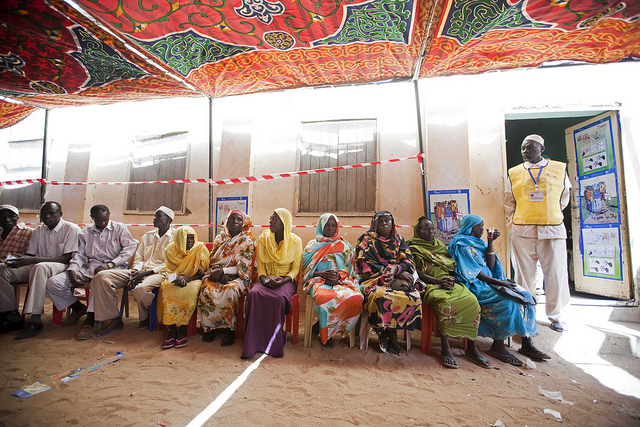 Voters waiting to cast their referendum vote for secession from Sudan in 2011 (photo credit: UNAMID)
<p>South Sudanese government said Wednesday it would not reverse the presidential order creating and dividing the country into 28 states in violation of the peace agreement which it has signed with the armed opposition fighters allied to the former vice president, Riek Machar.</p><div></div><div> <p>Armed and non-armed opposition factions, South Sudanese opposition political parties, civil society organizations and the international community have condemned the unilateral decision by president Kiir to create the states, saying it is in violation of the country’s constitution and the peace agreement signed in August to end the 21-month long civil war. </p>
Read the full article here: