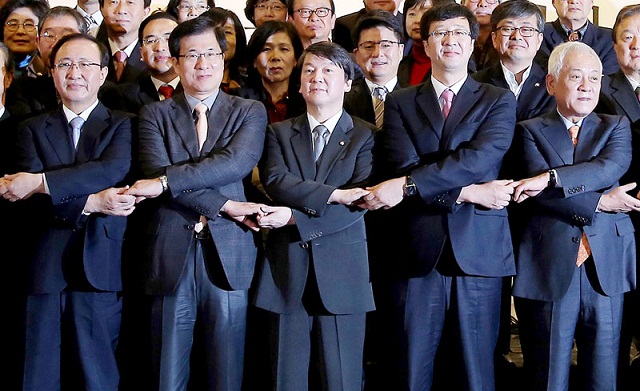 Opposition Politicians
<p><span>Opposition politicians renewed calls for constitutional revisions to reduce the president’s powers, but parliamentary debate on the subject is likely to be shelved in favor of other issues, parliamentary sources said Sunday.</span></p><p><span>&nbsp;</span><br><br><span>The main opposition New Politics Alliance for Democracy has been proposing to rewrite the Constitution for months. The president’s powers are too broad, they say, and the office’s authority over Cabinet nominations, among other things, should be cut back.</span></p>
Read the full article here: The Korea Herald