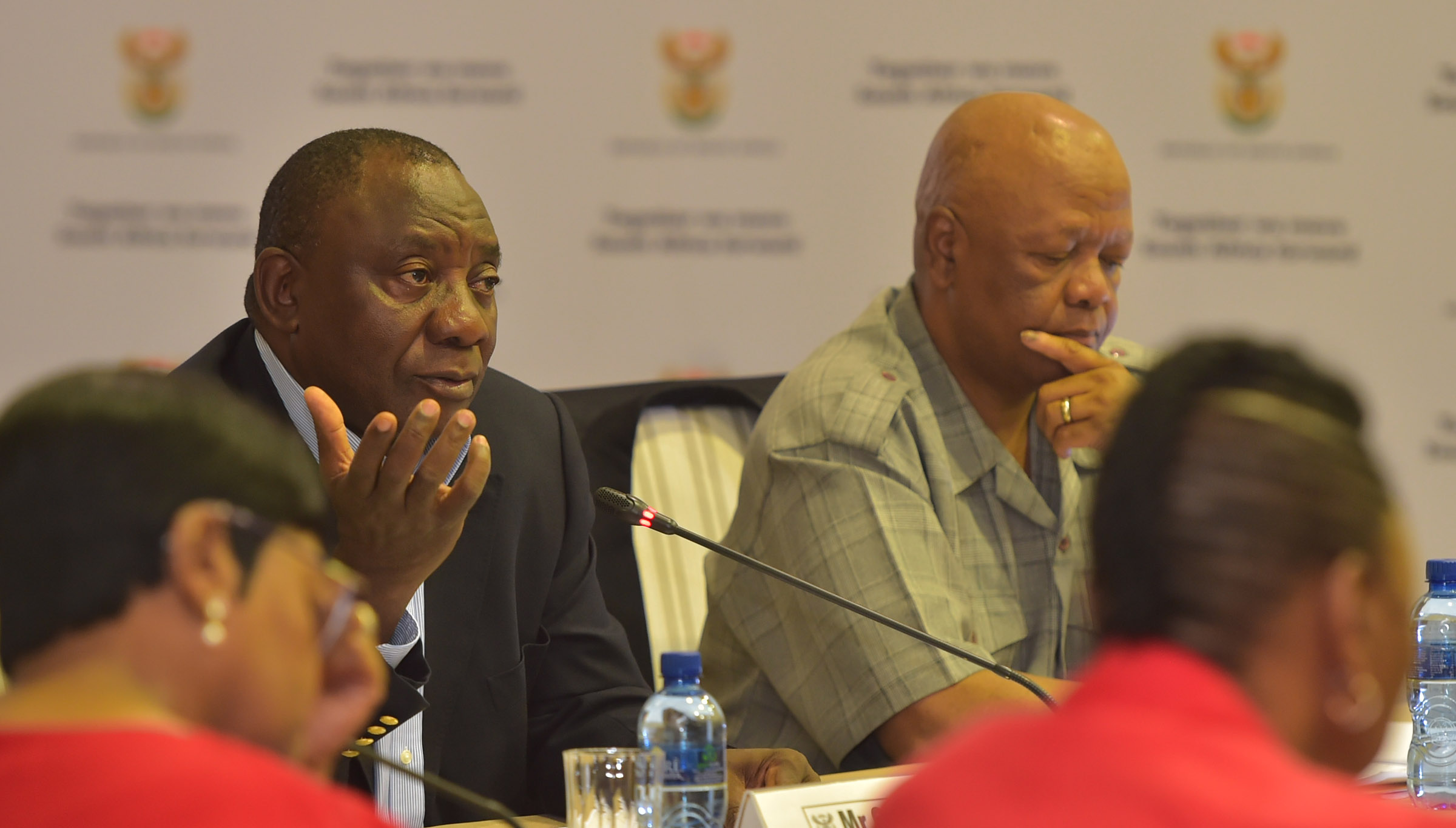 South African President Cyril Ramaphosa (photo credit: GovernmentZA/flickr)
The National Assembly's rules committee adopted draft rules on Tuesday for the removal of the head of a Chapter 9 institution, such as the Public Protector. The draft rules must still be adopted by the National Assembly before they come into effect, which is likely to be next year, but the draft rules indicate the process Parliament could follow to hold an inquiry into a Chapter 9 office bearer.
Read the full article here: All Africa