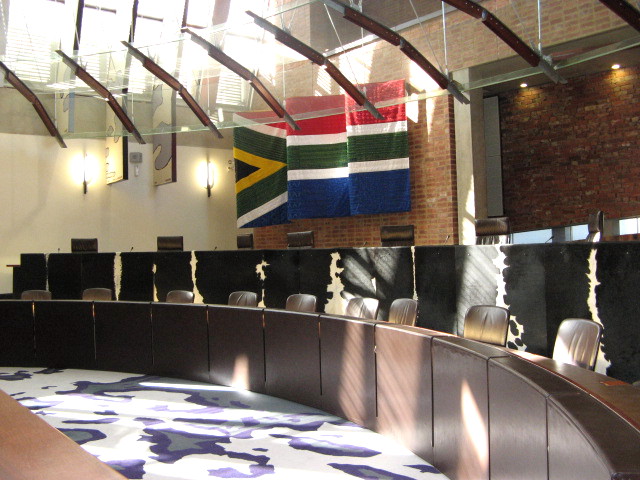 Constitutional Court of South Africa (photo credit: Sarah Agarwal/flickr)
Home Affairs Minister Aaron Motsoaledi said that it would not be possible to effect changes to the Electoral Act without also amending the Constitution. Mosoaledi was speaking during a meeting of Parliament’s Home Affairs portfolio committee. The committee was briefed on a number of scenarios for overhauling electoral legislation in the wake of the Constitutional Court’s June ruling that declared the Electoral Act unconstitutional.
Read the full article here: Eyewitness News