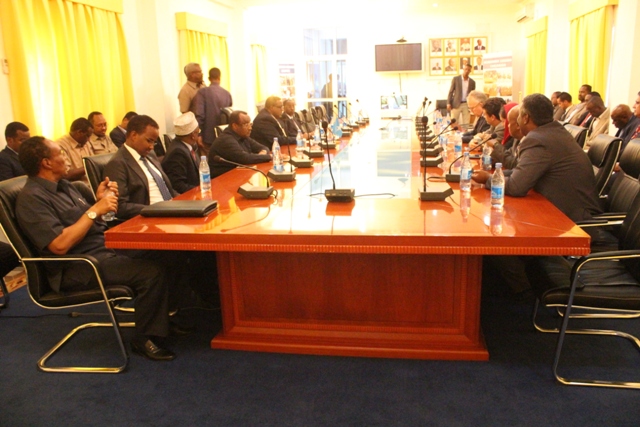 Somalia National Leaders Forum (NLF)
<p>United Nations Secretary-General Ban Ki-moon praised an agreement by Somalia's government on Thursday on a model for the electoral process to establish a new, bicameral federal parliament in 2016, a U.N. spokesman said.</p><p>"He particularly applauds the commitment to representation of women and minority groups, including that women will comprise 30 percent of the next parliament," U.N. spokesman Stephane Dujarric said.</p><p>U.N. special envoy to Somalia, Michael Keating, said the model envisages a lower house of 275 members, based on a current power-sharing formula between clans, and an upper house of 54 members, based on equal representation of existing, emerging and prospective federal states and an allocation of additional seats to breakaway regions of Somaliland and Puntland.</p>
Read the full article here: REUTERS