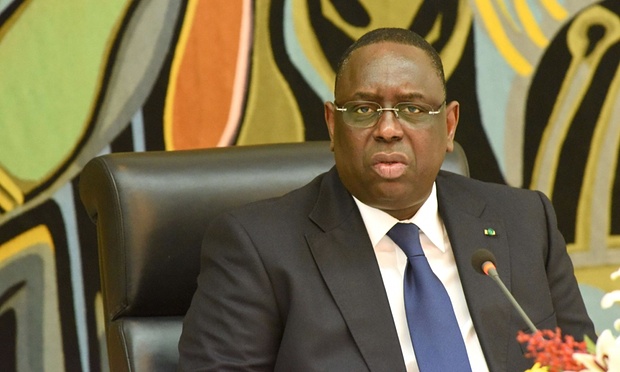 Senegalese President Macky Sall (Photo credit: Seyllou/AFP/Getty Images)
<p>Senegal's President Macky Sall said on Tuesday he would hold a referendum this year to reduce the presidential term to five years from seven, seeking to "set an example" at a time when some African leaders want to lift their term limit. Sall declined to say whether he would seek a second term in his West African country, regarded as a bastion of democracy in a turbulent region, though he is widely expected to do so.</p>
Read the full article here: Jollof News