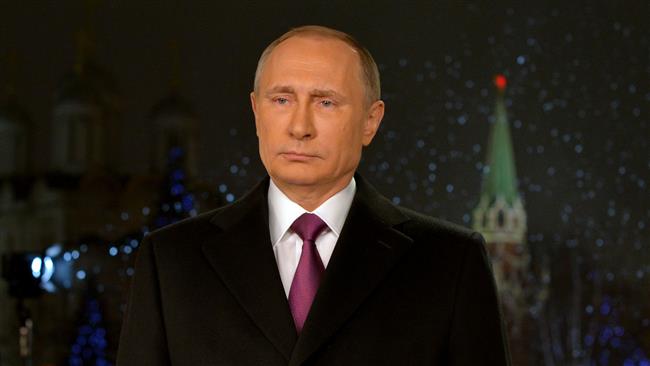 Russia’s President Vladimir Putin (photo credit: AFP)
<p>Russian President Vladimir Putin has stressed the significance of drafting a new constitution in Syria as a step toward a political resolution of the crisis in the Arab country.</p><p>“I believe it’s necessary to move toward&nbsp;constitutional reform. It’s a complicated process, of course,"&nbsp;&nbsp;Putin said in an interview with the German newspaper&nbsp;<em>Bild.</em></p><p>"And after that, on the basis of the new constitution, (Syria should) hold early presidential and parliamentary elections,” he said in the&nbsp;interview,<em>&nbsp;</em>parts of which were released by the Kremlin on Tuesday.</p><p>He also said Russia coordinates its actions in Syria with both the Syrian government forces and opposition forces fighting&nbsp;Daesh Takfiris.</p>
Read the full article here: Press TV