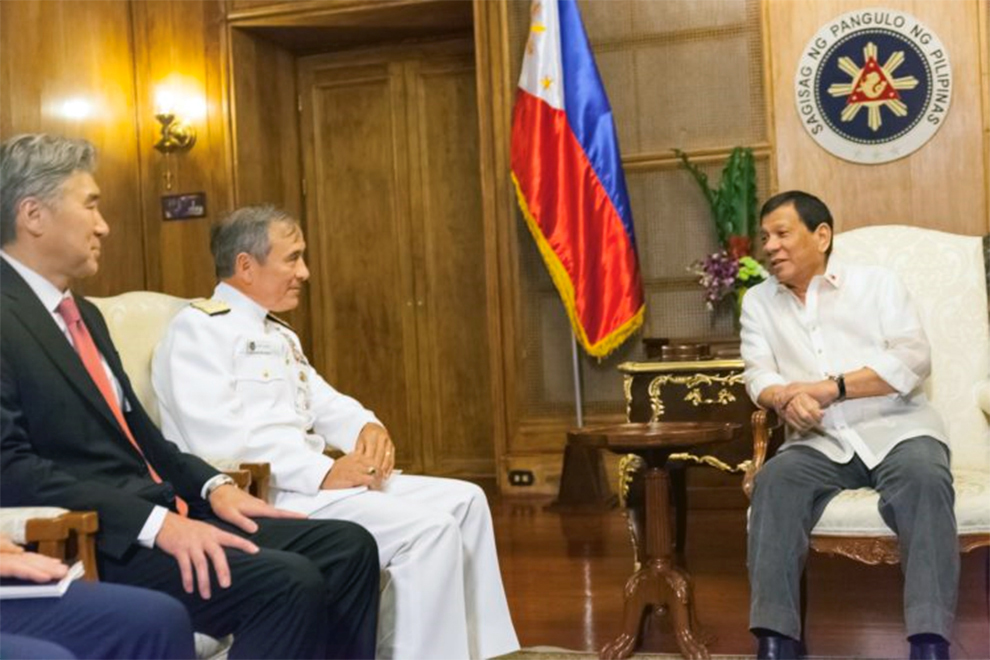 President of the Philippines Rodrigo Duterte (photo credit: U.S. Indo-Pacific Command/flickr)
An irked President Rodrigo Duterte on Monday claimed that his office is writing a letter to Vice President Len Robredo to tell her that he is handing over his powers to enforce the law to Vice President Leni Robredo for about six months. This, after the vice president was quoted in a news report as saying that the government should halt its "war on drugs."
Read the full article here: Philstar