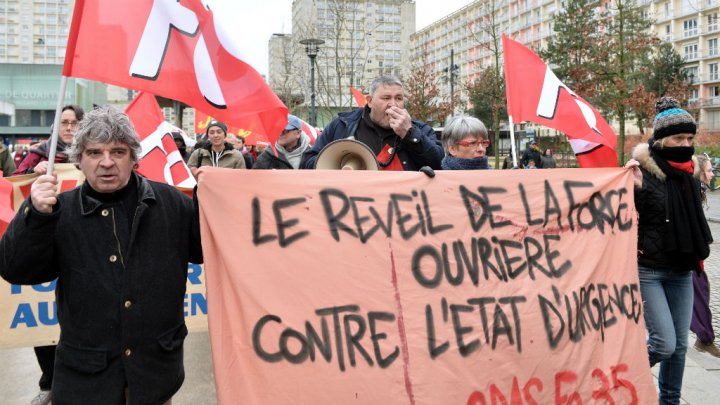 Demonstrators protest against the state of emergency in Rennes on January 23, 2016 (photo credit: Jean-François Monier - AFP)
<h2>French President François Hollande’s government on Tuesday is formally seeking an extension of the state of emergency imposed after the November 13 Paris attacks.
Read the full article here: France 24