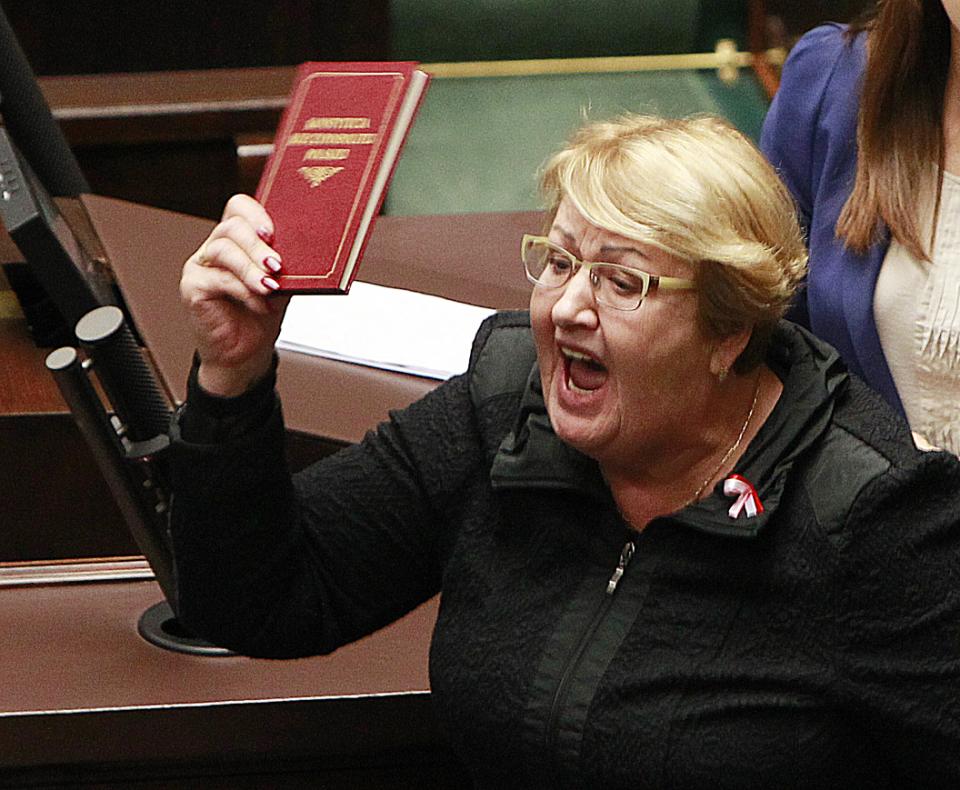 Henryka Krzywonos, a Polish lawmaker and hero of the anti-communist Solidarity movement, appeals to lawmakers to respect the nation’s constitution ahead of a vote on five lawmakers to the Constitutional Tribunal in Warsaw, Poland on Wednesday Dec. 2, 2015. Critics of the right-wing Law and Justice party say the attempts to put supporters on the constitutional court are a violation of democratic norms. (photo credit: AP)
<p>Poland's parliament voted Wednesday to appoint new judges for the constitutional court amid heated exchanges between lawmakers.</p><div class="body-slot-mod"><div class="yom-remote"><div></div></div></div><p>In a controversial vote that took hours to complete because of the arguing, the lower house approved five new judges to the 15-member Constitutional Tribunal who had been proposed by the ruling conservative Law and Justice party, which took power last month and dominates the parliament.&nbsp;<span style="line-height: 20.4px;">The new appointments are to replace five judges chosen in a last-minute move in October by the ruling party at the time, Civic Platform, which also bent the rules to make those appointments.</span></p>
Read the full article here: AP/ Yahoo News