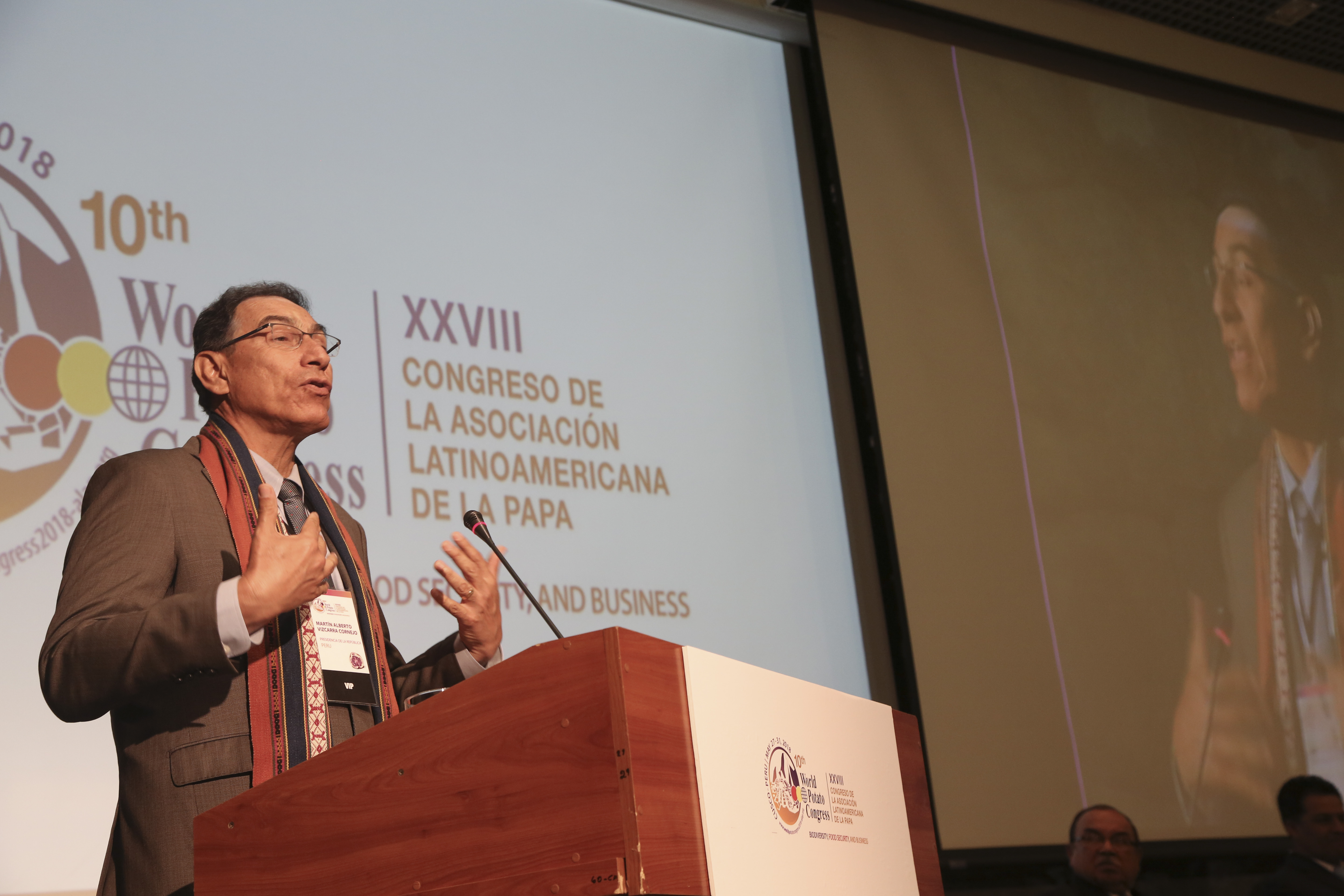 Peruvian President Martin Vizcarra (photo credit: International Potato Center/flickr)
Peru's President Martin Vizcarra on Sunday offered to cut short his term and hold elections to end what he called an institutional crisis. He said in a speech to Congress this would also involve shortening the term of the legislature. As it stands, general elections are scheduled for July of next year. Vizcarra's proposal comes with Peru's executive and legislative branches locked in a massive power struggle. The president said his idea would need to be passed by the opposition-controlled legislature, and then approved in a referendum.
Read the full article here: Yahoo News