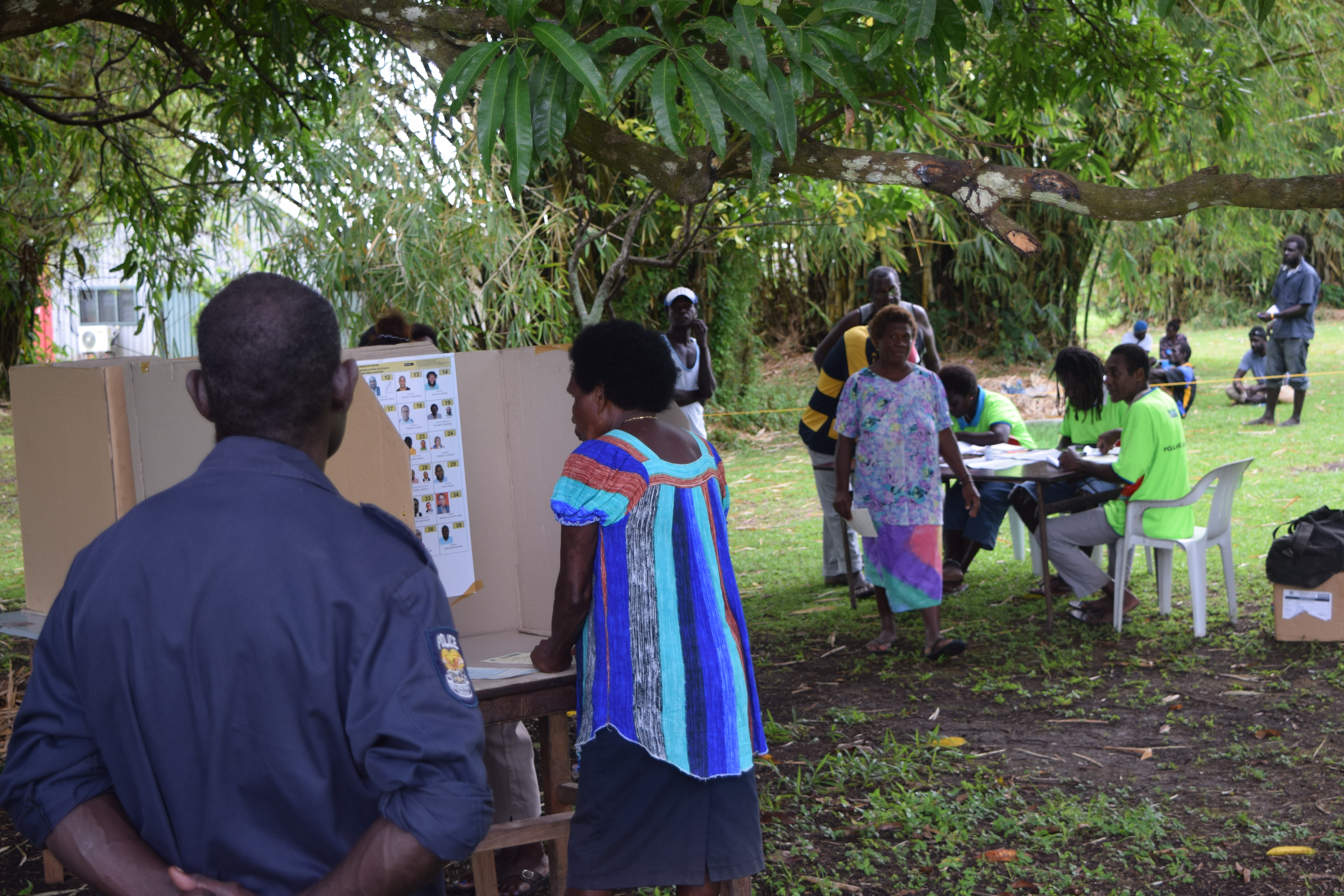 Polling station in Buka, Bougainville (photo credit: Commonwealth Secretariat/flickr)
Over the past month, the Autonomous Bougainville Government has made known its intention to put forward several proposed amendments to the Bougainville House of Representatives. These amendments include a provision to allow for a president to serve for more than two terms – which would see current President Chief John Momis allowed to contest this year’s ABG Elections. Last week, the Ombudsman Commission released a statement calling on the ABG to strictly follow process and procedures when embarking on constitutional amendments.
Read the full article here: Asia Pacific Report