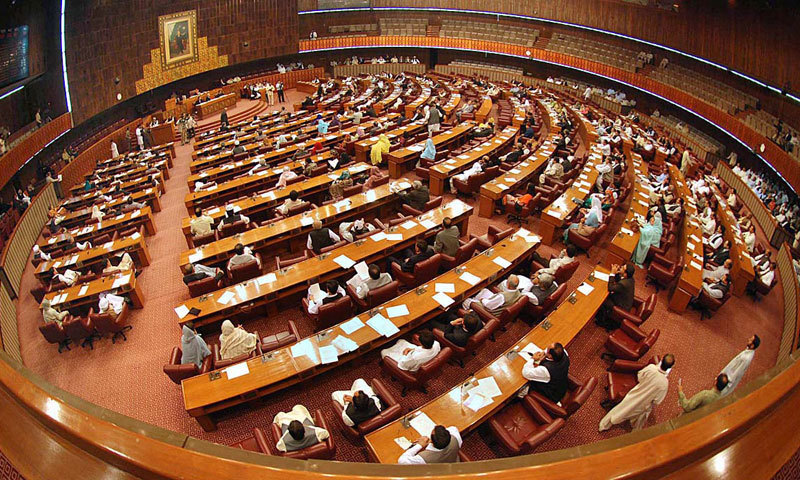 (photo credit: Pakistan Today)
The National Assembly (NA) on Friday began a debate on the 26th Constitutional Amendment Bill that seeks an increase in the number of seats for the erstwhile Federally Administered Tribal Areas (FATA) in the National Assembly and Khyber Pakhtunkhwa Assembly. The bill was tabled in the House on Thursday by independent MNA Mohsin Dawar, however it could not be passed as the opposition refused to vote for it without thorough debate and even sought some amendments to it.
Read the full article here: Pakistan Today