Op-Ed: Reform of the UK's upper house is back on the agenda following a political storm 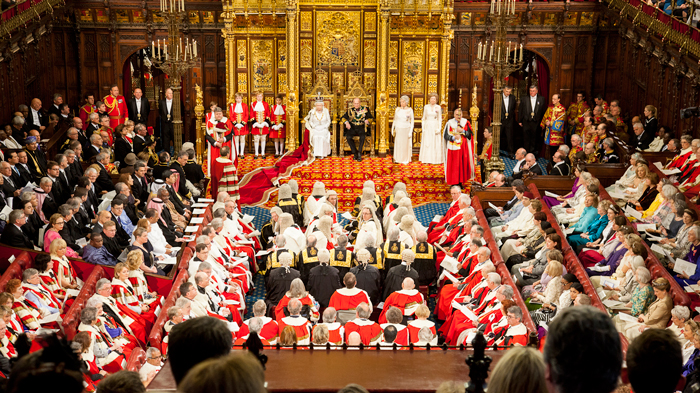 State Opening of Parliament (photo credit: Parliament UK)
<p>When Benjamin Disraeli was elevated to the House of Lords in 1876, he said: “I am dead: dead, but in the Elysian fields.” The chamber has its Elysian touches, with a glittering throne overlooking red-leather benches. Their occupants may not be dead, but they are certainly old: Tory ex-ministers under Margaret Thatcher, former Labour MPs, Liberal grandees and, in a special section, a clutch of Church of England bishops clad in black, white and purple.</p>
Read the full article here: The Economist