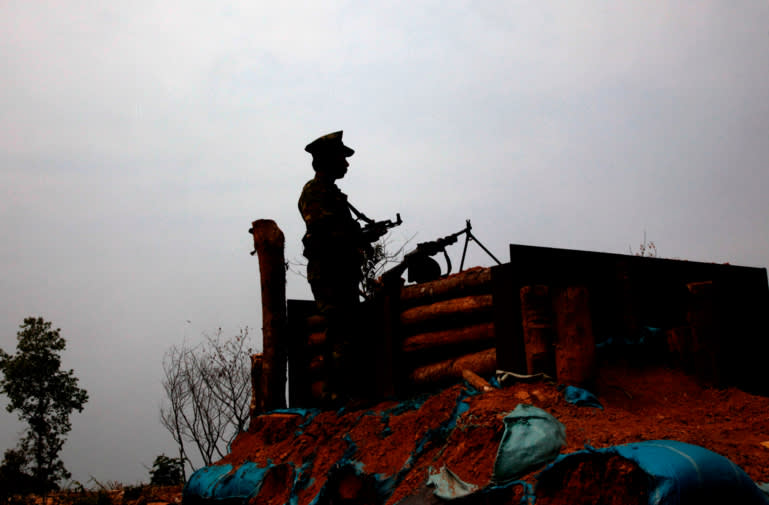 A Kachin Independence Army rebel stands guard at an outpost in the northern state of Kachin (photo credit: AP)
Myanmar has revived dreams of becoming a federalist state, led by State Counselor Aung San Suu Kyi, whose father, Aung San, first floated the idea in 1947. But after 70 years, the country still faces considerable challenges in its quest to reconcile its Burman ethnic majority with an estimated 135 other ethnic groups.
Read the full article here: Nikkei Asian Review