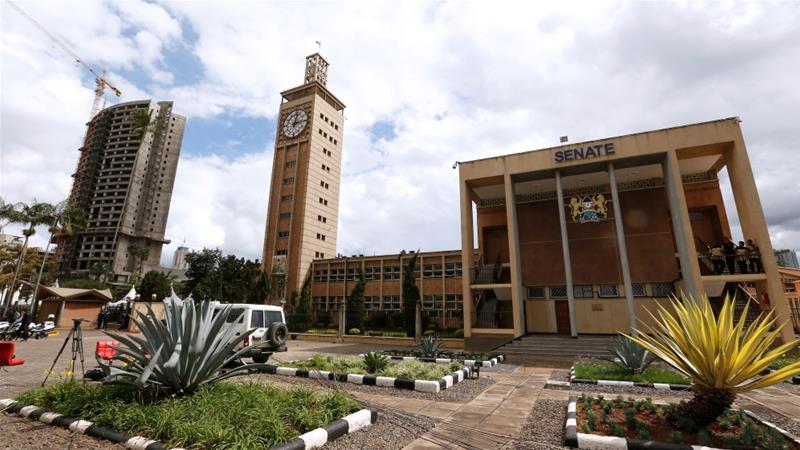 Kenyan National Assembly (photo credit: Reuters)
On February 27, Kenya's national assembly once again refused to enact the Constitution of Kenya (Amendment) Bill 2018, also known as the Gender Bill, which seeks to legislate on the constitutional requirement that neither gender should have more than two-thirds in elective positions. The National Assembly did so by denying the bill the requisite quorum for a constitutional amendment which requires two-thirds of the members of the house to be present. So, the MPs didn't just fail to pass the bill, but they refused to show up to even allow for the possibility of its enactment. The refusal by the National Assembly to enact the bill reflects an escalation in a constitutional conflict and has implications on the stability of the constitutional and democratic framework in Kenya.
Read the full article here: Al Jazeera