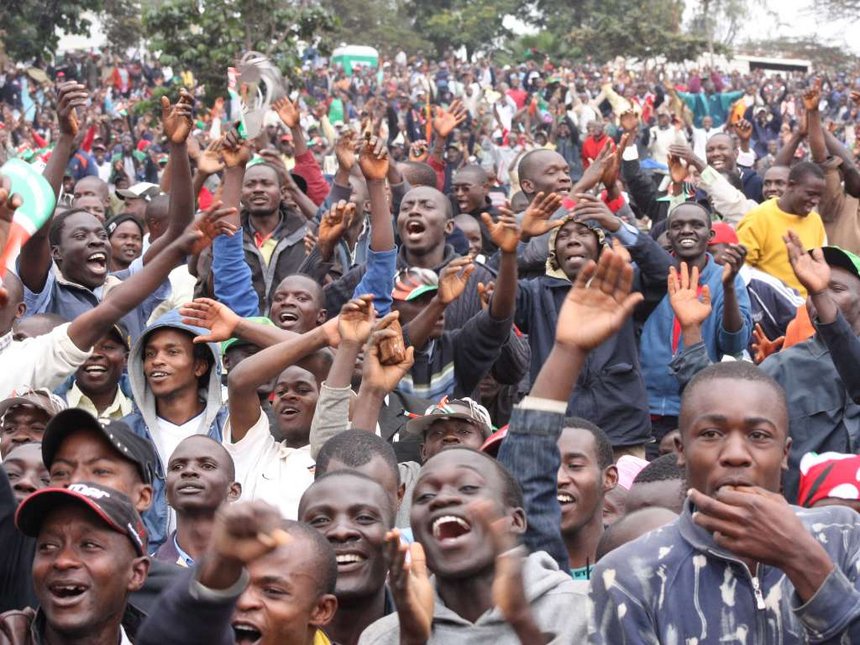 The crowd that turned up in Uhuru Park to witness the promulgation of the new constitution on 27 August 2010 (photo credit: Jack Owuor)
Nearly eight years after the enactment of the Constitution, the issue of its appropriateness has been raised. That Constitution was eventually adopted—after a long period of struggle, fighting strong dictatorial presidents and their colleagues, and after much deliberation, agreeing on fundamental principles and goals, with the huge endorsement of the people. On the one side, civil society has raised questions—less about the appropriateness of the Constitution than over the failure of governments to honour and observe it (with particular concern on the dominance of the national government). On the other hand, politicians have raised questions about the appropriateness of an executive presidential system, which does not accommodate the diversity of Kenya’s communities (abandoning their earlier period preference for the presidential system). How come politicians and civil society see eye to eye? Well they don’t.
Read the full article here: The Star