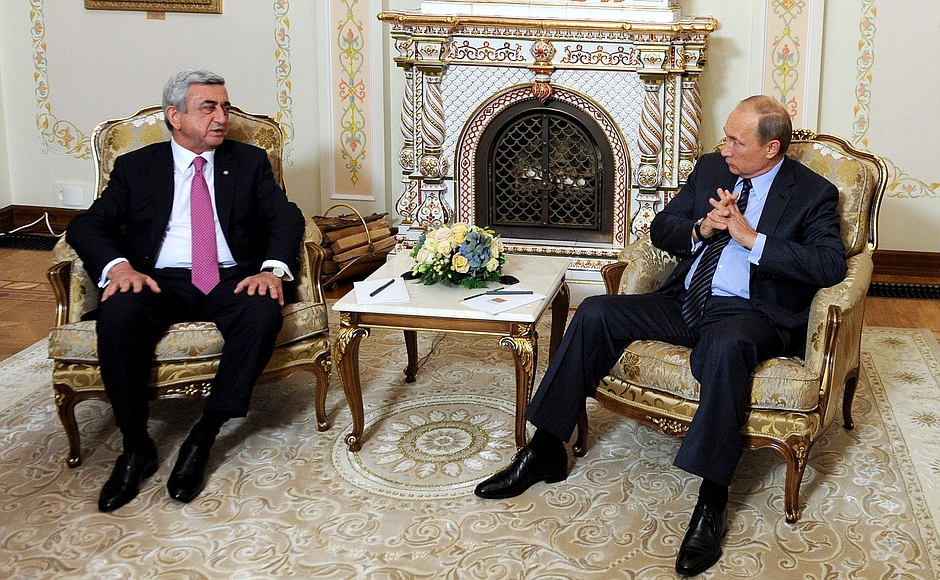 Armenian President Serzh Sargsyan and Russian President Vladimir Putin [photo credit: Vestnik Kavkaza]
<p><em>The movement against the process of constitutional changes initiated by the Armenian authorities is gaining momentum. The changes are aimed at changing the state form of government from a parliamentary-presidential to a parliamentary republic. On September 12 the civic initiative 'You Won't Do It!' organized a conference with the participation of public and political organizations, at which it was decided to initiate nationwide opposition to the planned changes to the Constitution. The conference resulted in the creation of the union of political and social forces to fight constitutional changes – the front "No!", which opposes the reproduction of the ruling regime.</em></p>
Read the full article here: Vestnik Kavkaza