New Zealand and COVID-19: Parliamentary accountability in time of emergencies 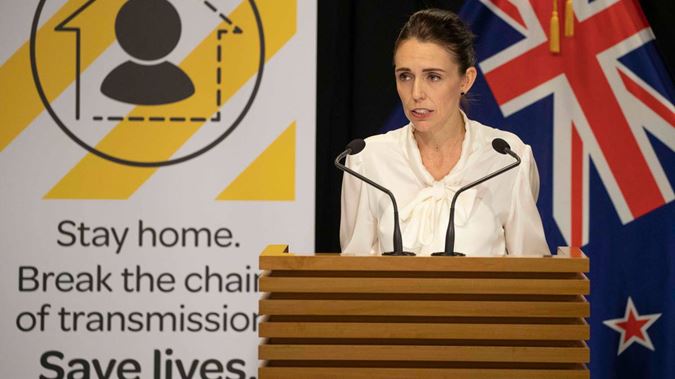 The New Zealand government has matched strong measures to check the COVID-19 pandemic with robust transparency and accountability through the establishment of an opposition-led and opposition majority parliamentary committee to monitor and scrutinize government responses. The country’s experience provides useful lessons in ensuring accountability during emergencies – writes Andrew Ladley.

Many states, including New Zealand, have declared emergencies in response to the Covid-19 (C19) global pandemic. In addition to direct health matters, international responses to C19 involve massive restrictions on citizen movement, minimising air travel, shutting down economies, suspending elections, suspending the normal meetings of parliaments, changing requirements for due process of law, and giving out huge sums of public money at pace, often with little scrutiny. The human infections and casualties are being counted, but the economic and social costs may not be understood or measured well into the future.

Emergencies pose challenges to constitutionalism, the principle that public power must be both authorized and limited by law. They ‘stress-test’ the concept, as well as the daily functioning of that principle, because crises often demand (or are used to justify) extraordinary measures that cross pre-existing legal boundaries.

This piece focuses on the stress test of constitutionalism in New Zealand, one of the few countries in the world without a consolidated supreme written constitution.

The government has been taking extraordinary measures, primarily based on existing legislation but also complementary new provisions. At the same time, it has worked to remain within the bounds of constitutionalism, particularly in ensuring transparency and accountability.

On 2 March 2020, C19 was added to the definition of a ‘quarantinable disease’ in the Health Act 1956. This authorised a wide range of action related to C19 under that Act and the Epidemic Preparedness Act 2006. Those powers were then used to restrict entry at the border, require isolation of all arrivals, and create an official four-level alert system for the whole country (1=Prepare 2= Reduce 3=Restrict 4=Eliminate). On the announcement of this system on 23 March, the country was put on Level 2, and moved to Level 4 two days later. This is colloquially known as the ‘lockdown’ when everyone is required to stay home, with essential exceptions.

The Minister of Civil Defence subsequently declared a state of emergency under the Civil Defence Emergency Management Act 2002. As legally required, the Prime Minister appeared before Parliament on the same day to inform it of the declaration, which was debated. By law, any declaration is only valid for seven days but can be renewed. It was renewed on 1 April and further renewals are likely.

The opposition-led parliamentary committee provides 'a valuable chance for constructive scrutiny of the Government'.

The declaration also triggered the operation of a 2013 Code of Practice under the Privacy Act, authorising the widespread sharing of otherwise private information in an emergency, if necessary for identifying people in need or enabling emergency responses.

A host of regulations were also made under other general legislation with a view to increasing and relaxing social security benefit conditions (in favour of further support); enabling judges to modify rules of court as needed to take account of the epidemic; activating special exemptions and procedures for dealing with epidemics relating to corrections, criminal procedure, parole, sentencing, immigration and elections; continuing the validity of medical certificates that were due to expire before 23 March for pilots; flight engineers and air traffic controllers; and modifying credit contracts to protect people with loans from foreclosure.

On 25 March, Parliament passed two Acts enabling the government to give directions to educational institutions, local governments to meet virtually, protections to be given to tenants facing eviction, and targeted measures to provide relief to those economically affected by C19.

In the last days of March 2020, Parliament approved motions to facilitate special procedures of the House and its committees during the epidemic. These include remote meetings and electronic decision making.

An innovative development was a government motion to establish an Epidemic Response Committee in Parliament to scrutinize all government action, official advice and policy and to consider and report to Parliament on any matter relating to the Government’s management of the C19 epidemic. The committee has the normal power to send for persons, papers and records. Importantly, it was deliberately established with an opposition majority and is chaired by the Leader of the Opposition. It is scheduled to meet three days a week every week, and its proceedings are streamed live. At its meetings so far, it has closely questioned the key officials involved in the response.

The Leader of the Opposition has commented that this was ‘a valuable chance for constructive scrutiny of the Government that will make the nation’s response to Covid-19 a better and a stronger one… we’re dealing with things right now that will affect a generation – both in terms of lives but also many, many, many billions of dollars that are being spent’.

The government has been consistently transparent and has published its actions, along with the legal basis for the extraordinary measures, and has opened itself up to ongoing questioning and scrutiny.

On 3 April, the Police publicly issued Operational Police Guidelines under Alert Level 4. The guidelines have as the core principle: ‘We police by consent and must maintain the support of the wider public in our actions. This means our actions need to be seen as reasonable, proportionate, and aligned to the intent of the Level 4 restrictions’.

Conclusion
Apart from two significant new Acts of Parliament, the C19 responses have been authorised under long-standing statutes that anticipate the need for extraordinary measures in a crisis. The legal framework authorises urgent and strong action, but balances that with scrutiny mechanisms that are being followed assiduously. Daily statements and press conferences have stressed clear messages and reasoning to protect public safety, scientific advice, transparency, respect, human decency and collective responsibility. All this has fostered public trust, legitimacy and compliance. The calm reporting of vociferous but fringe public protests against the ‘fascist restrictions’ somehow proves the thesis.

Results and history will judge the effectiveness of the policies with which the New Zealand government has handled C19. But viewed from home isolation in the midst of a continued lockdown, New Zealand seems to be passing the constitutionalism stress-test pretty well. Much may yet go wrong. To date, however, the New Zealand experience looks like a model of upholding the fundamentals of constitutionalism in an emergency.

Andrew Ladley’s recent and current work has been in the field of mediation on international conflict issues. He is a former academic public lawyer in New Zealand.