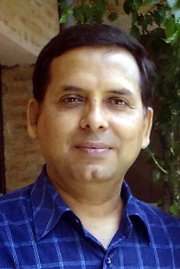 Dr. Bipin Adhikari
<p>On Sunday May 27, 2012, Nepal’s Constituent Assembly (CA) was disbanded and fresh elections called after it failed to adopt a new Constitution. What were the issues at the centre of this recent crisis? What are its potential ramifications? How is this affecting public perception of the political class? What are the options, going forward? A week after the collapse of the constitutional process, <strong>Bipin Adhikari</strong>, a senior constitutional lawyer, and external expert advisor to the Constituent Assembly Secretariat and the civil society sat down with IDEA’s Constitution Building Programme to shed light on some of these questions.
Read the full article here:

Abhishekh Adhikari 5 June 2012
<p>Its definitely a wise solution to draft the new constitution by experts on the basis of the work done by dissolved Constituent Assembly and put to vote to people through referendum. Democracy in Nepal is still existing because people have faith in it and this has to be realized by the experts drafting the constitution. Leaders have failed to shoulder the responsibilities given by people through their votes and it is embarrassing to people for they cast their votes for the Constituent Assembly.&nbsp;</p>
Ramesh Gopal 7 June 2012

In reply to Its definitely a wise by Abhishekh Adhikari

<p>The government should step down and a care taker committee be appointed to take the rest of the process forward, including the elections, which I do not think has been properly called, as the present government lost legitimacy on the 27th May. This should be challenged before the courts.</p>
Jamal Ali 7 June 2012
<p>I think the disbandment of the CA was overdue. At some point , it even seemed like the politicians were deliberately slowing down the process to keep tmeselves in business, considering the fat pay checks, bonuses and opportunities they were exposed to as CA members, while ordinary Nepalis continued to live in poverty. The idea of a technical committee with strict deadlines is the way to go by. Nepal, is fortunate to have a Supreme Court which has proved its ability to hold politicians to book when they start playing outside the rules.</p><p>Other challenges remain, while a return to arm conflict&nbsp; is unlikely at this stage, one cannot rule out the old royalist guards, who are still lurking in the shadows, to&nbsp; attempt a come back by exploiting the crises to push for the restoration of the monarchy. This may sound far fetched but, once people have given up hope, you cannot rule out anything. After all, the French revolution of 1789, travelled many routes - with many abolitions and restorations of the monarchy - before&nbsp; a democratic republic was finally etablished in 1870. Nepalis are no strangers to this trajectory.</p>
Cheryl Saunders 7 June 2012
<P>This is a very interesting post. There is much to be learned about constitution building from the Nepal experience, including about the relative balance between party leaders and broader participation, about time lines and deadlock breaking mechanisms and about the role of courts. As an outsider, can I ask two questions? First, I gather that these events are now the subject of several applications to the Supreme Court. Is there any likelihood or even possibility that the outcome of these applications will assist in rescuscitating the constitutional process? Secondly, Bipin's analysis suggests that federalism is the outstanding issue for decision, the question of the form of government having been more or less settled, as I understand it. Are the federalism questions primarily about the delimitation of the provinces, or do they also go to the design of the federal system (which in turn may influence the acceptability of federalism itself)? In order to try to build consensus around a substantive solution, would it be helpful now to try to identify the main sticking points so as to suggest a solution to them - or solutions in the form of several clear options, if the divisions between positions are too great?</P>