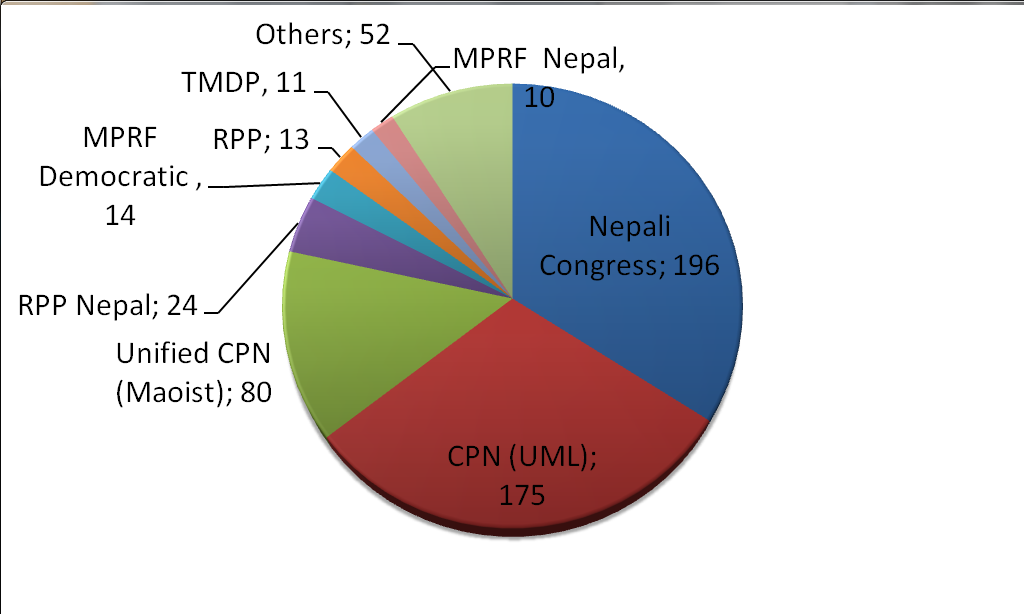 Parties in the Constituent Assembly of Nepal (2013 election results) photo credit: Danish Institute for Parties and Democracy
<p>Amid possibility of Nepal getting a new constitution soon, a rift has surfaced between major political parties and the country's apex court over a 16-point deal signed earlier this month.&nbsp;<span style="line-height: 20.4000015258789px;">On Friday, a Supreme Court bench stayed implementation of the deal between four ruling and opposition parties to fast-track drafting of the constitution, saying it violates provisions of the interim constitution.&nbsp;</span></p><p>&nbsp;</p>
Read the full article here: Hindustan Times