In Nepal, leaders of newly formed party push for constitutional amendment and threaten to pull out of government 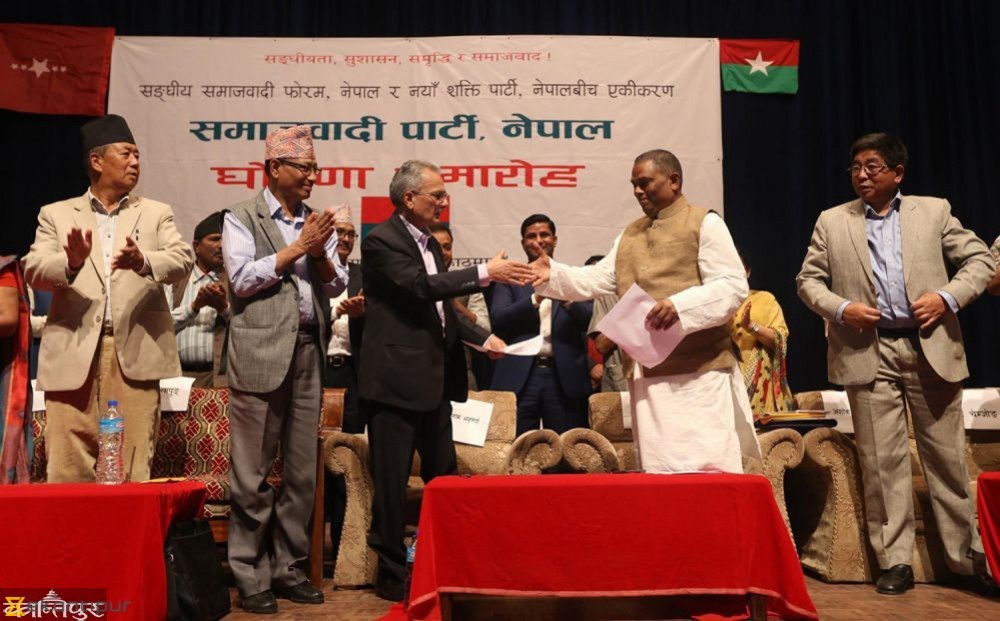 Baburam Bhattarai and Upendra Yadav (photo credit: Elite Joshi)
Leaders of the newly formed Samajbadi Party Nepal—Baburam Bhattarai and Upendra Yadav—on Saturday warned that they would pull out of the government if it continued to ignore their demand for amending the constitution. An amendment to the constitution has long been on the agenda for Yadav, whose Sanghiya Samajbadi Forum-Nepal unified with Bhattarai’s Naya Shakti Party last month. But it was an irony that Yadav’s party chose to become part of the government led by KP Sharma Oli, who has never been committal to constitution amendment. Bhattarai’s arguments were similar to those of Yadav’s party and other Madhes-based parties—that the constitution discriminated against some sections of the society. When the constitution was promulgated in 2015—through what many call a fast-tracked process—Yadav and other Madhesi leaders had vehemently opposed.
Read the full article here: The Kathmandu Post