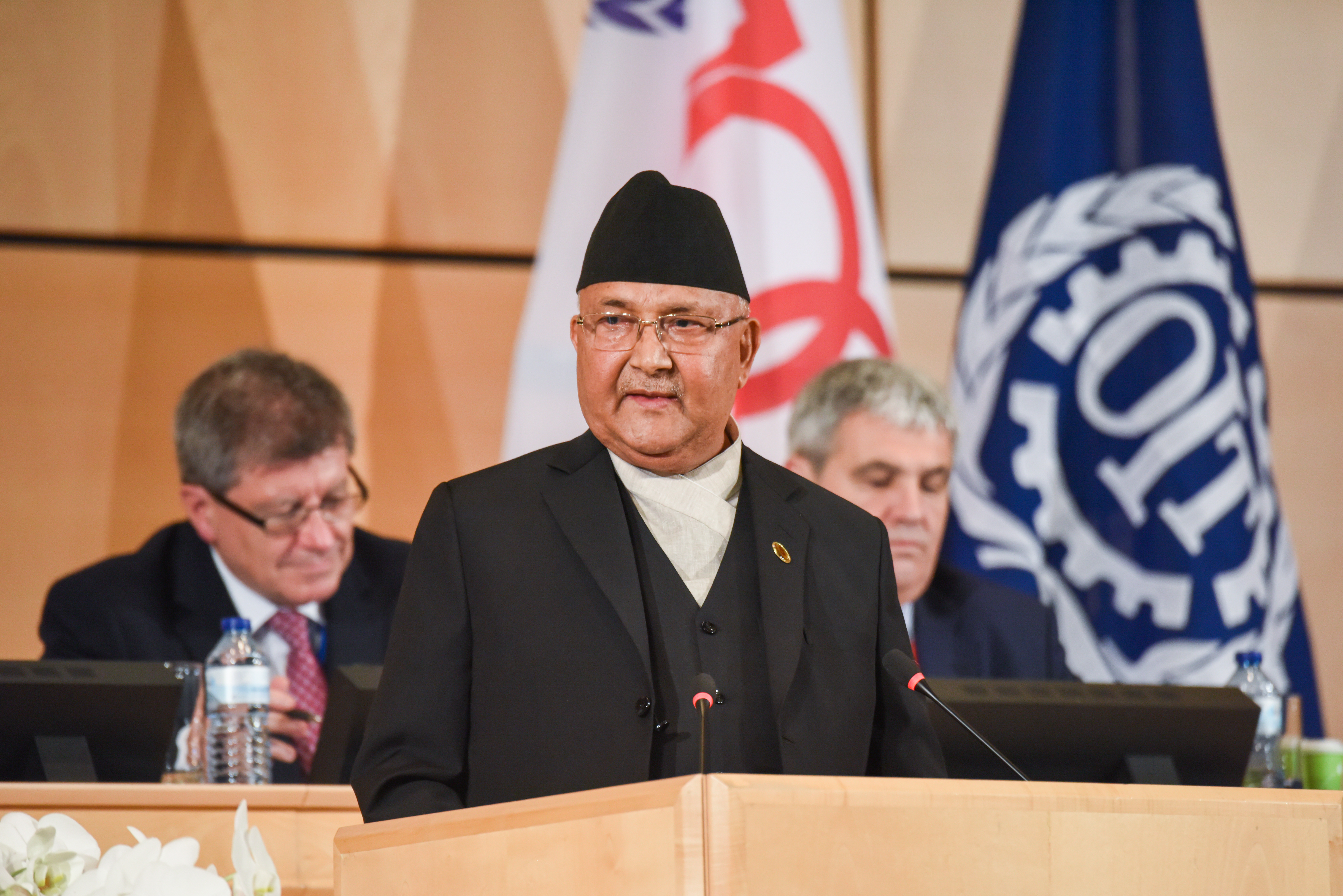 Prime Minister Khadga P. Sharma Oli of Nepal (photo credit: International Labour Organization ILO/flickr)
Nepal’s Upper House on Thursday unanimously passed a bill to update the country’s new map demarcating the Lipulekh mountain pass, Kalapani and Limpiyadhura under its territory, PTI reported. The country has maintained that India has claimed these places by building a road despite repeated objections. All of the members of the Upper House voted in favour of the bill. “As many as 57 members voted for the bill,” National Assembly chairperson Ganesh Timilsina said, according to The Kathmandu Post. There was no voting against the bill and none of the members voted for the neutral category as well.”
Read the full article here: Scroll