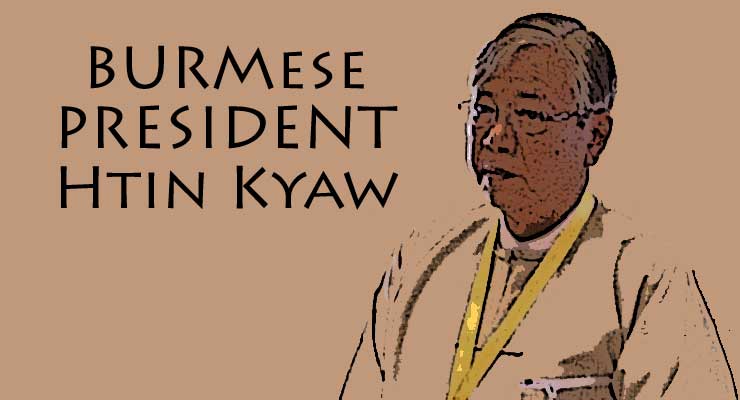 Illustration of Myanmar's President Htin Kyaw (photo credit: Democracy Chronicles/Flickr)
Myanmar's civilian president called in an Independence Day speech on Thursday for reform of a military-drafted constitution and for justice for all recognized minorities under a federal system, but made no mention of the treatment of its Rohingya Muslim people. Amending the charter to remove a dominant political role for the military has been one of the most contentious issues facing Myanmar as it emerges from nearly half a century of strict army rule. The debate over constitutional reform, however, has been muted since the assassination in January last year of a lawyer advising government leader Aung San Suu Kyi's ruling party on the issue.
Read the full article here: Reuters