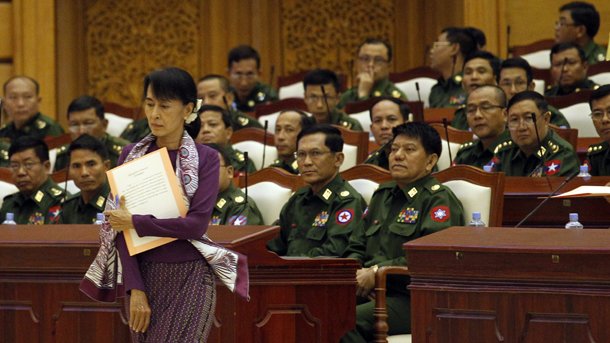 photo credit: Irrawaddy
<p>The vote, held after three days of energetic debate between uniformed soldiers and elected MPs, saw parliament shoot down a draft amendment that would have loosened the military’s political stranglehold.&nbsp;Myanmar’s parliament continues to be dominated by the army and former generals despite reforms that ended decades of outright junta rule in 2011.&nbsp;</p>
Read the full article here: The Nation