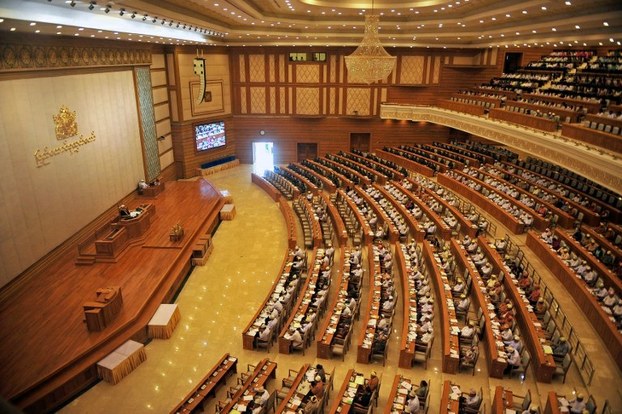 photo credit: AFP
<p>Myanmar’s Union parliament on Tuesday began debate on a bill proposing changes to the country’s military-drafted constitution, with some democracy advocates saying its provisions fall short of hoped-for reforms, sources said.&nbsp;Discussions by lawmakers on key points, including changes to procedures to amend the country’s 2008 charter, will continue until June 25, when a final vote on the bill is expected.&nbsp;</p>
Read the full article here: Radio Free Asia