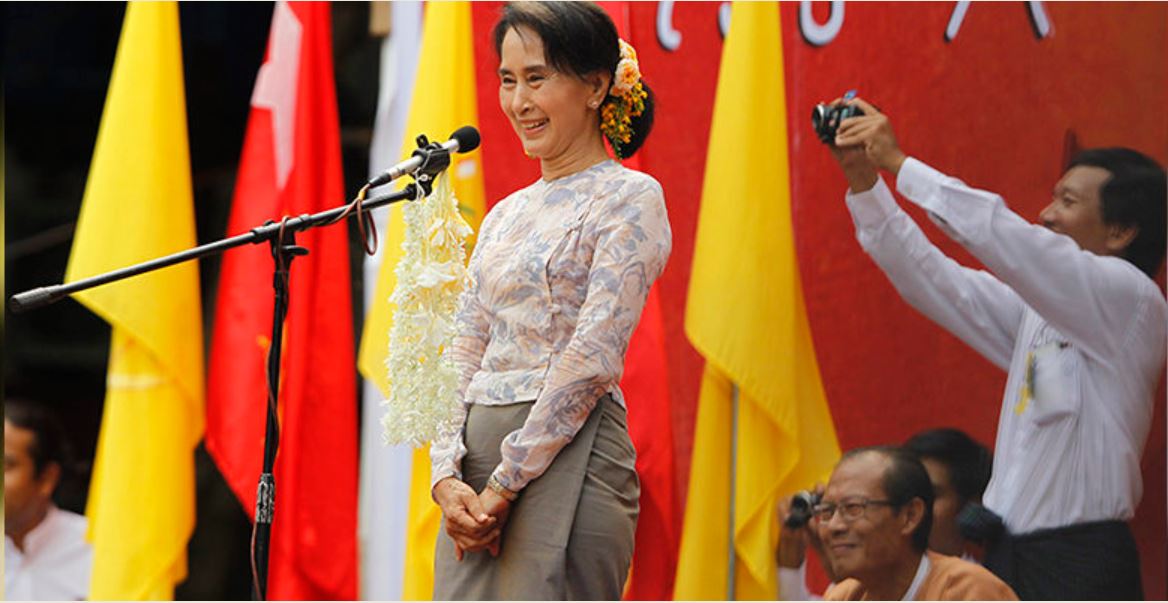 Aung San Suu Kyi (photo credit: Reuters)
YANGON — Nearly 67 percent of Union Parliament lawmakers voted Wednesday morning to form a committee to draft amendments to Myanmar’s undemocratic Constitution. Parliament approved the formation of the committee with 414 votes in favor, 191 opposed and six abstentions. Though it was a secret ballot, the 31 percent who voted against the motion were likely military representatives appointed by the army chief, who hold 25 percent of the seats, and members of the military-backed Union Solidarity and Development Party (USDP), who hold 5 percent.
Read the full article here: The Irrawaddy