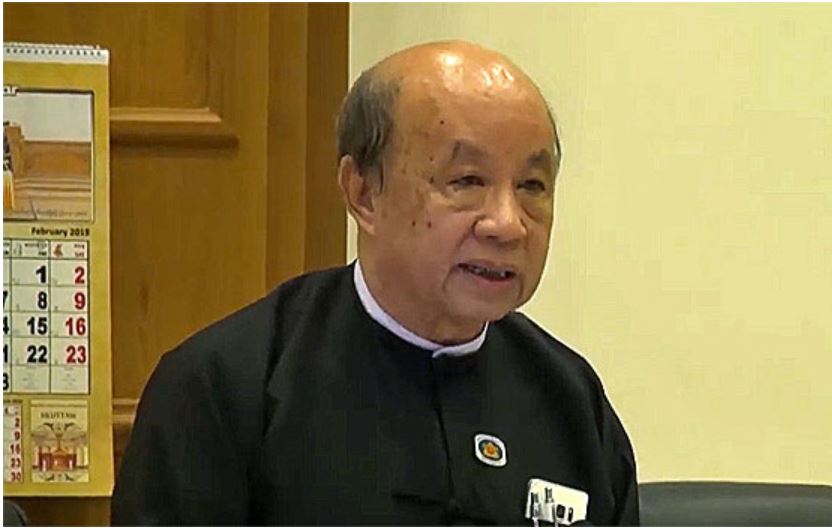 Tun Tun Hein, deputy speaker of Myanmar's parliament and chairman of the constitutional reform committee (photo credit: RFA)
The new parliamentary joint committee tasked with amending Myanmar’s constitution will review the 48 basic principles of the first chapter of the charter, including the powerful military’s role in politics, amid ongoing objections by legislators from the armed forces, the head of the panel said Monday. Deputy parliamentary speaker Tun Tun Hein, who chairs the committee, said the 45-member panel will work on amending the 2008 charter, drafted by a previous military junta that ruled the country, according to parliamentary law. “As I have respectfully told all the MPs, we will work on the issue according to [parliamentary] laws and bylaws,” he said during the committee’s second meeting at  parliament in Myanmar’s capital Naypyidaw. “Please don’t think we would do it above the law. We will do it according to the law.”
Read the full article here: Radio Free Asia