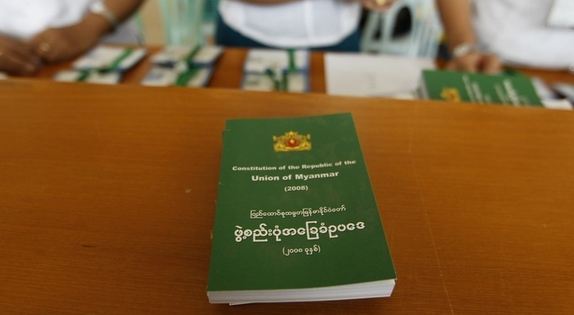 (PHOTO: Reuters)
<p>A bill amending the 2008 Constitution will be submitted to Parliament as the Constitutional Amendment Implementation Committee has already received 20 percent approval from MPs, said Aye Mauk, the committee secretary.</p><p>The Constitution says: “If 20 percent of [MPs] submit the bill to amend the Constitution, it shall be considered by the Union Parliament.”</p><p>Aye Mauk said: “Efforts are being made for submission of the bill. More than 20 percent of MPs have signed the petition. The bill will be put forwarded at the forthcoming parliament session. Charter change will be made within the set timeframe. Our committee reported this to the UN delegation.”</p>
Read the full article here: Eleven