In Malta, calls for parliament not to pass constitutional amendments separating role of Prosecutor-General and Attorney General 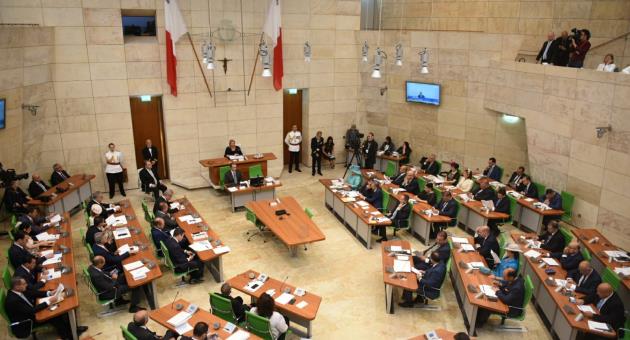 Parliament of Malta (photo credit: Malta Independent)
Civil Society NGO Repubblika is calling on MPs not to back constitutional amendments to separate the roles of the Prosecutor-General from the Attorney General. The amendments will be debated in Parliament on Monday afternoon. "It is not true that the Constitutional amendments proposed by the government address the grave concerns of the Venice Commission on the set-up and the independence of the Attorney General," the NGO said. "All the government’s amendment does is allocate to two persons the roles of counsel to government and chief prosecutor. But the changes forces one of those roles to report to the other, meaning the functions are not really separated." The amendments being proposed to Parliament also change nothing of the exclusive power of the prime minister of choosing the prosecutor and the attorney general.
Read the full article here: Times of Malta