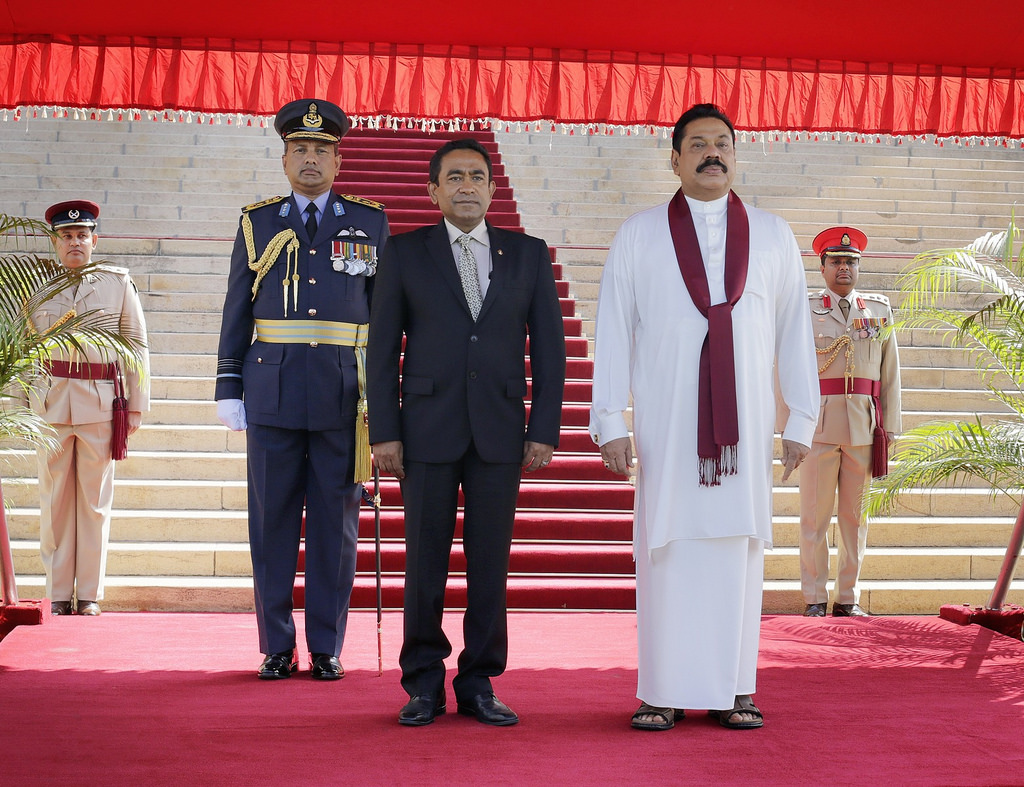 photo credit: Mahinda Rajapaksa/flickr
The Supreme Court on Sunday rejected President Abdulla Yameen’s petition to annul the September 23 election. In a unanimous ruling by the full bench, the court also denied the president’s request to oversee a police or military probe into alleged vote-rigging and electoral fraud. “The court rules that there is no legal or constitutional basis to question the legality of the election based on the evidence submitted,” declared Chief Justice Dr Ahmed Abdulla Didi. A crowd of opposition supporters erupted in celebration when reporters emerged from the courthouse with news of the anxiously awaited judgment. There were cheers and chants for the president’s arrest. Yameen challenged his election defeat despite conceding hours after provisional results showed he lost by a record margin of 38,653 votes.
Read the full article here: Maldives Independent