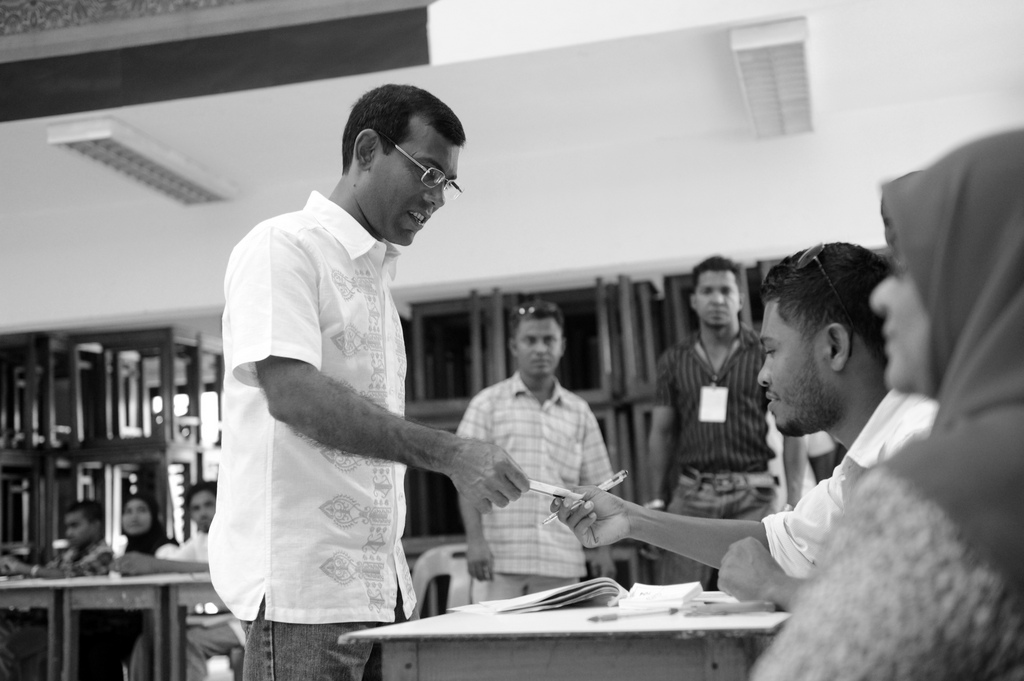 photo credit: Presidency Maldives/flickr
In the Maldivian Presidential election to be held on September 23, the contest is between the need for a sweeping change in the country’s constitution to make it more democratic on the one hand, and on the other, the need for rapid economic development under stable and orderly conditions, even if these conditions do not accord with notions of democracy prevalent in the West. The former line has been adopted by the Joint Opposition led by former President Mohamed Nasheed and its Presidential candidate, Ibrahim Mohamed Solih. The latter line is touted by the ruling Progressive Party of the Maldives (PPM) led by the incumbent President, Abdulla Yameen. Yameen’s rule has been marked,on the one hand,by intolerance of internal dissidence and of the formal opposition, and on the other hand, by administrative and policy stability, rapid economic development and expansion of social services. In other words, Yameen Replaced chaos by orderliness and economic development. [ . . . ] It was a series of dictatorial actions of this sort which forced the opposition Maldives Democratic Party (MDP) to include in its Presidential election manifesto, the goal of changing the constitution from the Presidential system to the Westminster –style parliamentary system.
Read the full article here: The Citizen