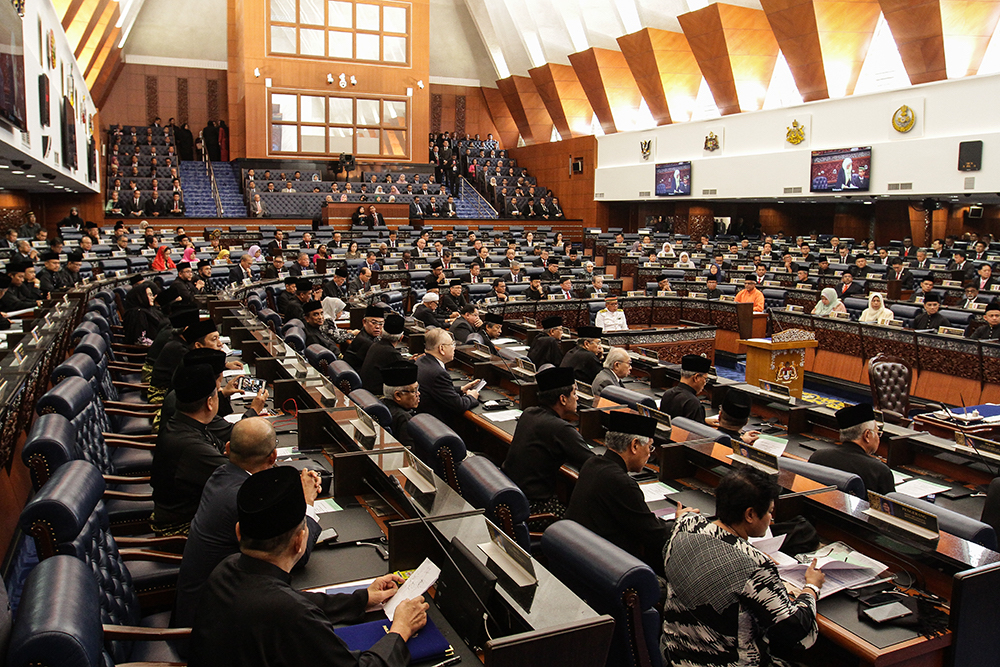 Malaysian Parliament (photo credit: Miera Zulyana)
KUALA LUMPUR, April 9 – Pakatan Harapan (PH) has failed in its first bid to secure the two-third support of the Dewan Rakyat for its proposed amendment to the Federal Constitution on the status of Sabah and Sarawak in Malaysia. The ruling coalition needed 148 votes from members of the Lower House to secure the amendment to Article 1(2) of the Federal Constitution but fell short of 10 votes with only 138 voting in its favour. Some 59 MPs had abstained from voting. During the seven-hour debate session, several Opposition Sarawak MPs had asked for the amendment to be postponed until existing issues are ironed out, with some suggesting that it be discussed in a special parliamentary select committee first.
Read the full article here: Malay Mail