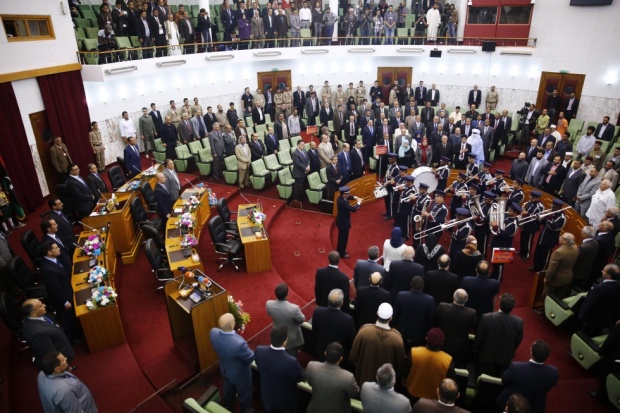 opening of the first session of Libya's constituent assembly in Al-Baida, eastern Libya (AFP)
<p>Libya’s long awaited constitutional drafting process started on 21 April in the city of al Baida in Eastern Libya. The Constituent Assembly held its first session to start work on a set of governing bylaws and elected its presidency. According to the Temporary Constitutional Declaration, the Assembly will have 120 days to present a draft of the constitution to the General National Congress (GNC) and then put it up for a public referendum.</p>
Read the full article here: Middle East Eye