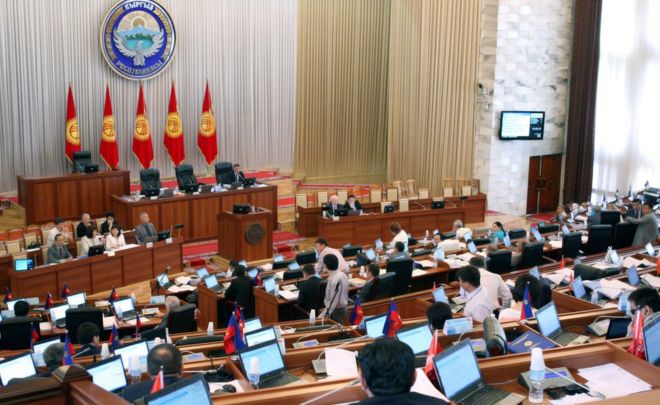 Kyrgyzstan parliament (photo credit: EPA/BBC)
<p>With the presidential election coming into view in Kyrgyzstan, parliament is bracing to effect new changes to the constitution — the eighth round of amendments since the country earned independence.</p><p>Speculation about possible tinkering with the founding law has been brewing since 2014. President Almazbek Atambayev stoked talk of imminent action at an end-of-year press conference in December, when he argued constitutional changes were necessary to successfully implement judicial reform.</p>
Read the full article here: EurAsia Net